TF2 made its debut at Copenhagen Games last year, with tournaments for both 6v6 and Highlander being present and sharing a prizepool of €6,000. This year, the prizepool has been doubled, going up to €10,000 euros only for 6v6, and the attendance has greatly increased as well, going from 15 to 28 teams in the 6's tournament. With this influx of teams, the organizers have opted to form an Invite group with the top 4 teams. They will be duking it out privately during the group stage, before being rejoined by the 4 best teams of the Open group.

The current European champions, fresh off their successive title defense on Sunday, are as usual looking like strong favorites to take the first place trophy home. With their team remaining more or less unchanged since i63 was over and Season 31 started, they are certainly the roster with the most experience playing together around here. Se7en are pretty much the team to take down here, and any team that look to win the tournament will look forward knocking them off their pedestal. Thalash and kaidus were also a part of the Ascenchiladas squad that won the previous iteration of this tournament. After their second place at i63, Se7en will be eager to show that their rule over Europe is not any close to ending. 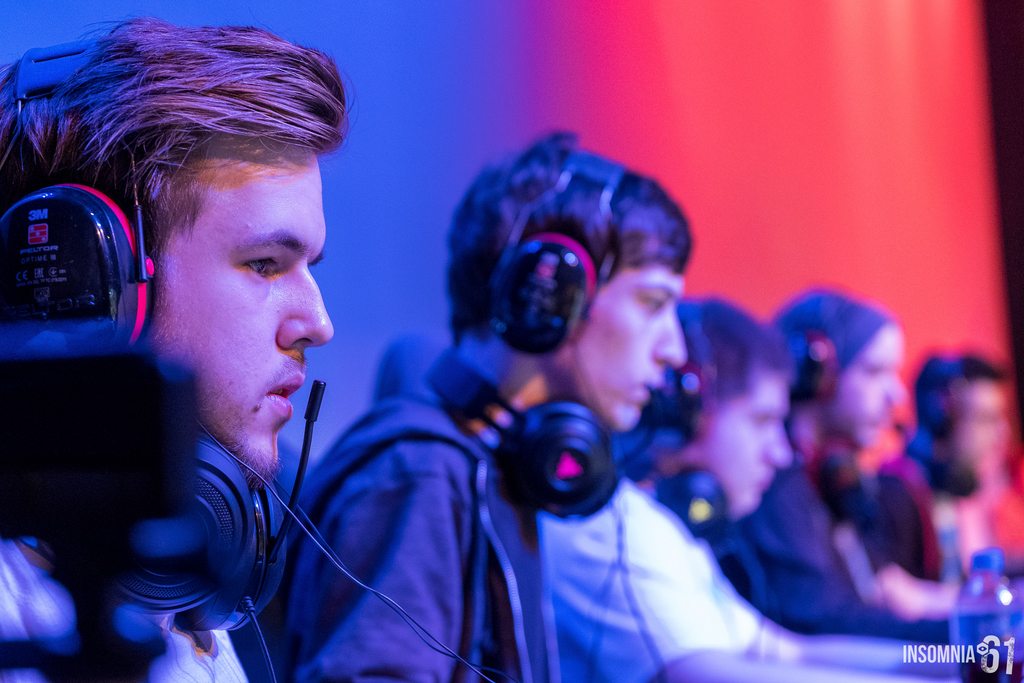 The reigning ETF2L champions, fresh out of winning Season 32, are ready to assert their dominance at LAN. (picture by Matthew King, courtesy of iEventMedia)

Every player on the Se7en roster possess heaps of talent, shown by their regular presence in the ETF2L awards shows over the last year, and they also have great synergy together. Thalash and Raymon form a very dynamic duo, as whoever manages to get past Thalash’s ferocious defense will still have to face Raymon and his jukes. kaptain and Starkie are a soldier pair to fear, both ranked in the top 50 jumpers on Tempus, and that is not even mentioning their DM. Thaigrr’s relentless aggression makes him a constant menace. Finally, kaidus’s experienced calls and daring maneuvers allows Se7en a wide variety of options for any situation.

Kaidus found time in his pre-tournament grind to give us a few words:

This lineup was formed purely for Copenhagen, so the goal is of course to win it. Originally we were hoping for an intercontinental tournament, but despite that not happening Europe as a region has grown a lot over the past year so we take nothing for granted. This is the most stacked exclusively European LAN since the inauguration of 'international' I-series events - we haven't really had something like this where every top European team attends to compete amongst ourselves for many years, so I think it could be pretty special. Never say never, but it's most likely the last event for many of our players so we are looking to go out in style.

In recent history, Ascent has become a synonym for “runners-up”, and their European branch was not exempt from this curse, bringing home the silver medal 4 times during the last 5 ETF2L seasons. The Ascent.EU roster assembled by amppis has shown on multiple occasions that this iteration absolutely has the skill to take on any team in Europe on a good day. What better way to rebound from their latest defeat at the hands of Se7en than a LAN, where ping will not interfere and players tend to pop off?

amppis leads his team from the front, and he has a keen eye for exploiting small mistakes from his opponents and being able to pounce on them. Meanwhile on the flank, credu amazes with his aim artistry on both Scout and off-classes as he is often hailed as the best Sniper in Europe. Drackk and Silentes are probably the most experienced combo out there, and they also participated in more than their fair share of offline events, so watch out for the famed LAN rockets. Joining up for LAN is adysky, who also participated and won the previous Copenhagen Games with Ascenchiladas as Soldier. This will mark his return to Demoman, a class he has not played since Season 27. Finally, Connor may have been noted for his sometimes acrobatic style of play, but he was here during the last 3 Premiership Grand Finals and has fully grown into a top level medic. 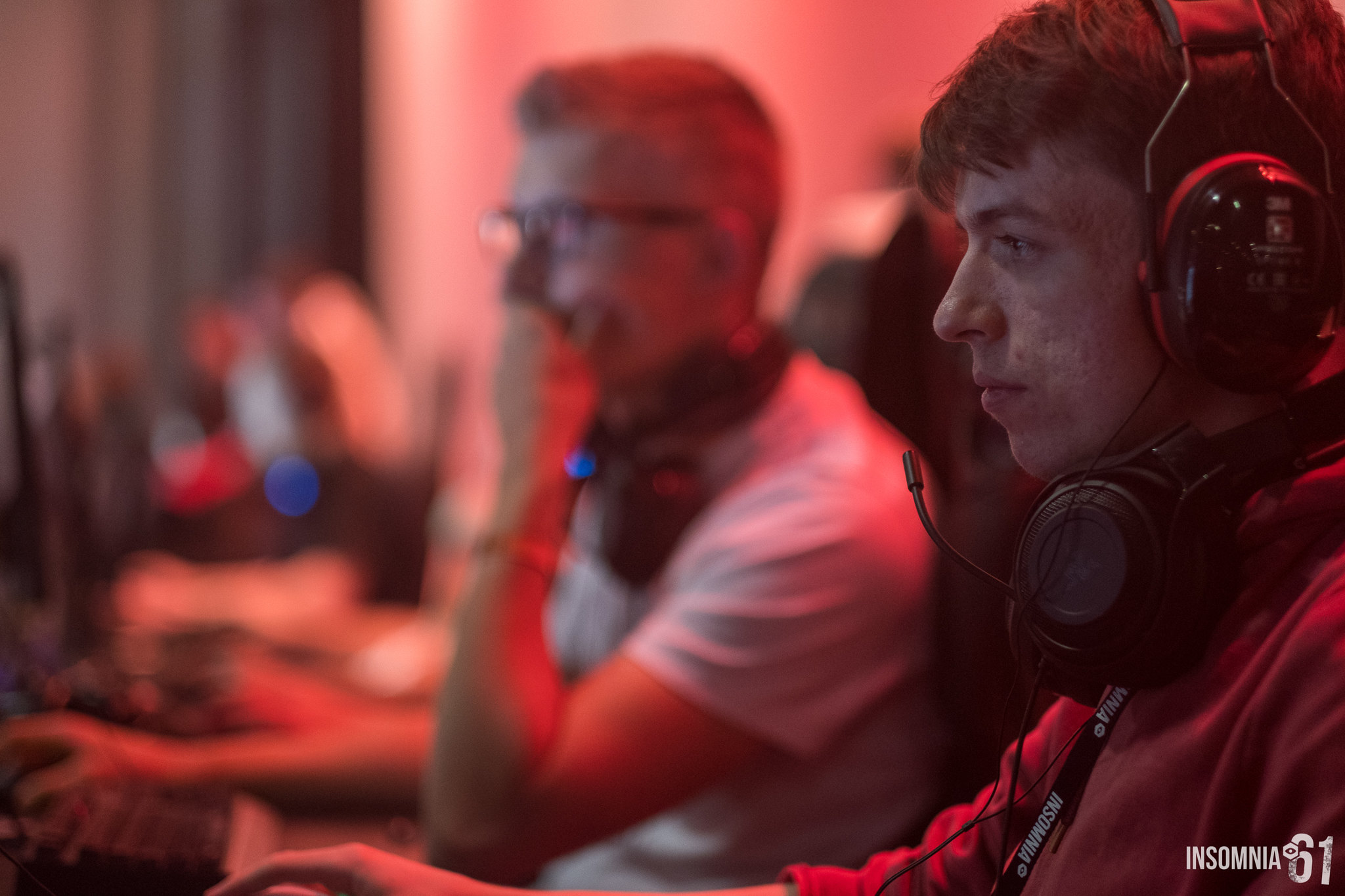 Ilente (the s is silent) shared insight into the late roster change and his expectations:

Coming into the lan, we haven't had much time to practice with adysky due to the etf2l playoffs dragging on for so long, but we still aim to be in the final of cph, with a win definitely being possible for us regardless of the roster changes :) 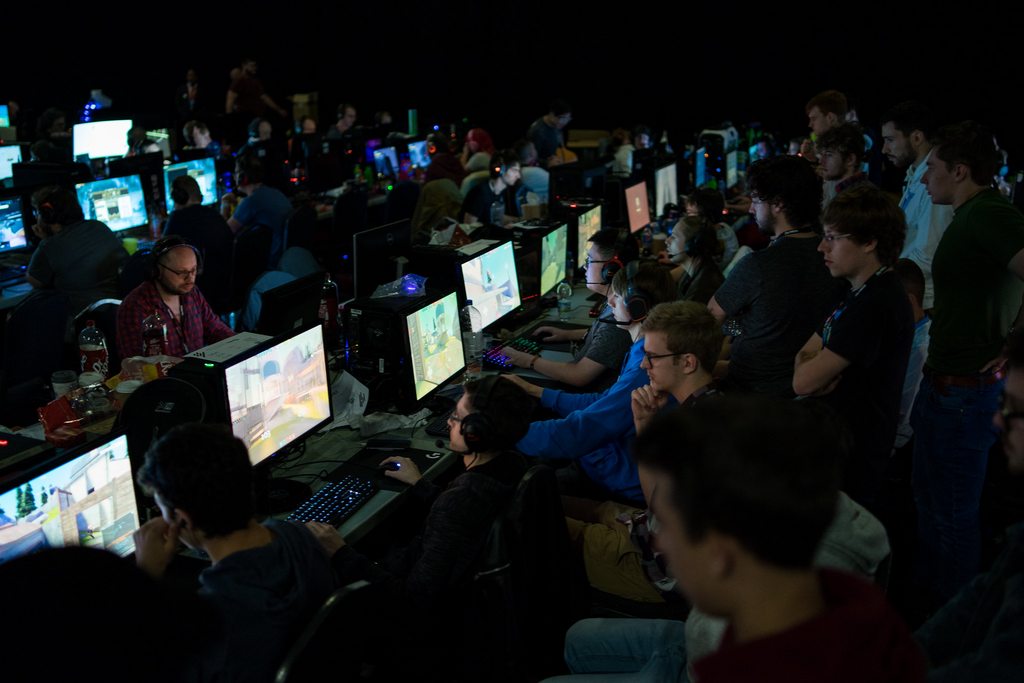 With familiar faces from the i63 roster, the sunrise over their empire looks promising for SVIFT this LAN. (picture by Declan "Mr. Jelly" Atkin)

The 3rd regeneration of SVIFT also finished 3rd in ETF2L Season 32, following a heart breaking defeat at the hands of Ascent.EU with 2 maps ending in Golden Caps. While this SVIFT squad assembled a lot of up-and-coming talent, people were still unsure on how much this roster could accomplish during their first season together. Despite some hiccups during the main season (namely losing to some marauding Frenchmen), SVIFT’s try has been converted, with their collected and deliberate play-style making them look always in control of the situation. Now with a bit of experience under their collective belt, this LAN could be the perfect stage for them to steal the show.

seeds has had a meteoric rise through the divisions, and that is mainly thanks to his pixel-perfect positioning, a skill that will surely come in play again. Scruff signed his return to the playoff stage with this roster, and it looks like he wants more. On the soldier side, papi will be leading the charge, often with a banner in tow, while iatgink will be offering various options on the flank. LUKAS’ monstrous damage output is always a nice asset to have and lastly is klassy, who had no Premiership experience before this season, but that did not stop him as he’s an integral part of this team now.

Last but not least, this Faint Gaming EU squad can prove troublesome to many teams, and should not be underestimated. Finishing 4th for the second time in a row, they have slightly overhauled their roster, with alba and Rising being swapped for counou and Matthes. As evidenced by them taking a map off Se7en during the playoffs, they are definitely able to pull an upset against even the strongest team, and are in general very good at absorbing pressure from the enemy team before counter-attacking. With some seasoned veterans among them, it is hard to unsettle them in any specific situation.

The scout pair of counou and ixy have been really reliable this season, with the former providing an efficient Sniper should the need arise. Matthes, the latest arrival has reunited with PolygoN, the two of them already played together at i63 for Timed_Out, and their effectiveness together needs no further proof, both of them completely comfortable in both sacking and pocketing. Smirre and his vast experience supervises all of this, with Ombrack as his nerves-of-steel right-hand man. Smirre has plenty of LAN experience under his belt, and it'll be interesting to see if he can repeat his LAN victory from DHW 2016 to CPG 2019. (picture by Patrick Schilling)

Smirre looked back on the previous ETF2L season before expanding on his hopes:

With the season behind we continue to go forward into lan. Our placement was somewhat dissapointing but this wont discourage us and we are putting a lot of effort into improving our communication and gameplay. With this lan coming up we expect a top finish, even though we are shaky at times we know that we have the potential to do well and we will give it our all in this tournament.

I have a feeling this is going to be one of the best LANs to watch in a long time.

the svift picture is literally of ora... eemes u will pay for this

the svift picture is literally of ora... eemes u will pay for this
posted about a year ago
quote • multi-quote • link
5
#5
Iatgink
12 Frags – +

the svift picture is literally of ora... eemes u will pay for this

the svift picture is literally of ora... eemes u will pay for this
posted about a year ago
quote • multi-quote • link
6
#6
Eemes
32 Frags – +

Made it into the invite group after all FeelsGoodMan

yeah but i thought it was just an alternative alias, like clockwork would change his name to clocktwerk and silentes changes his name to nyeh

i guess now his alternative alias is ams

[quote=ward3d]
yeah but i thought it was just an alternative alias, like clockwork would change his name to clocktwerk and silentes changes his name to nyeh[/quote]
i guess now his alternative alias is ams
posted about a year ago
quote • multi-quote • link
11
#11
DuMmTm
-2 Frags – +

Wtf aelkyr you didnt even mention me in the Faint section, ur gonna get it at lan bagelboy

Wtf aelkyr you didnt even mention me in the Faint section, ur gonna get it at lan bagelboy
posted about a year ago
quote • multi-quote • link
12
#12
Aelkyr
41 Frags – +

great read, loved the interviews!
feel like its more possible than ever to see some upsets this LAN :D

great read, loved the interviews!
feel like its more possible than ever to see some upsets this LAN :D
posted about a year ago
quote • multi-quote • link
15
#15
klassy
14 Frags – +

i want article on doughy

Surprised to not see Froyo with a 10k prizepool

We'll see that at next i series..

[quote=Twiggy]We'll see that at next i series..[/quote]
[quote=Kaido]
Never say never, but it's most likely the last event for many of our players so we are looking to go out in style.[/quote]