Today, UGC have filled one of the spaces of the now-defunct TFCL in the TF2 community, releasing their plans for a new Ultiduo league set to take place in the Spring of 2020.

The prospective league will be active in both North America and Europe, with sar and Phlogic leading their respective divisions on each side of the pond. Signups, once they become available, will be free and open to all willing participants, starting at one division per region, with more potentially being created to accommodate turnout. 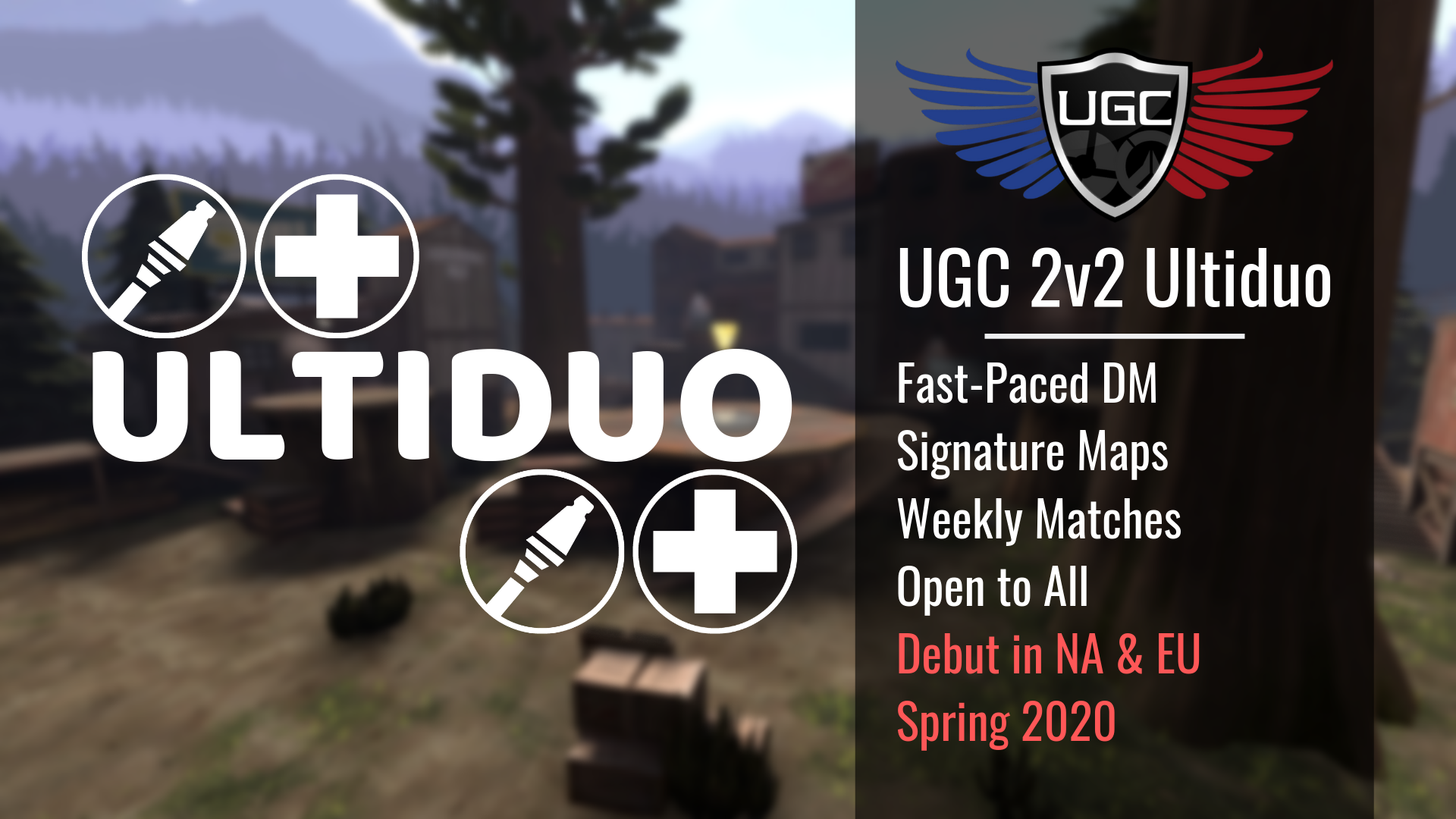 A new Ultiduo league will debut in 2020 courtesy of UGC (Credit: sar)

Teams will play one match per week on a standard Ultiduo ruleset. The map pool will be a mixture of staple Ultiduo maps, such as ultiduo_baloo_v2, ultiduo_gullywash, and koth_ultiduo, as well as newer maps. More precise details on the league structure are yet to be announced.

We spoke to head North America admin sar about the organization's aspirations for this upcoming league.

Phlogic and I, as well as the rest of the UGC team, hope to bring the highest level of Ultiduo play to the forefront. The format has been lacking proper league competition, as it has only been hosted in tournaments and cups. With UGC hosting 2v2 Ultiduo, we hope to see the format popularize and become a regulated format.

Further details on UGC's Ultiduo endeavor will be arriving in the near future.

wow, whenever I'm looking for a new league I immediately want to know if it contains FAST-PACED DM, this sounds right up my alley!

wow, whenever I'm looking for a new league I immediately want to know if it contains FAST-PACED DM, this sounds right up my alley!
posted 6 months ago
quote • multi-quote • link
8
#8
Owen
0 Frags – +

any plans for an ultidickl league

Asia doesn't have any ultiduo cups, bring it here too..

wait me my 3rd place

Hmm I wonder who will take first place!!