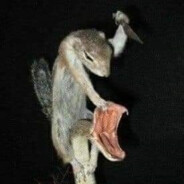 GlobalClan has once again traversed the lands in search of a new team, this time in the unfamiliar region of Southeast Asia, before stumbling upon the Asian titan XIAO. They proceeded to sign them into their organization while keeping the team name alive, operating under the moniker GlobalClan XIAO.

Wish our squad luck as they compete in Season 17 of AsiaFortress!#GlobalDomination pic.twitter.com/eNBM2LAMVY

Although the name XIAO has been somewhat of a familiar sight across the world, their previous and latest iteration have been slightly altered since the announcement of their participation in the late Beyond The Summit TF2 event over a year ago, which featured 2 prominent Australian players in their lineup. With over a dozen Division 1 wins accumulated across the whole roster, together with some of the most prestigious players in Asian TF2, one can easily assume that they are prime contenders for the coveted gold medal.

tommy and AiShou will be taking on the flank and combo Scout roles respectively, effectively making themselves the most formidable Scout duo in Division 1. These two have been together for a while, playing alongside each other since the early days of AsiaFortress Cup 12.

AiShou made his competitive debut at the highest level in AsiaFortress Cup 11 with Burger Apocalypse, winning his first season in Division 1 alongside top Australian players Geoh and emgee. He joined XIAO in AsiaFortress Cup 12 and ever since then, his immense natural talent has gradually transitioned him into being arguably the greatest Scout in Asia and Australia.

Former Scout main banana quickly rose straight to the top ever since he began playing for The Chess Foundation in AsiaFortress Cup 14 and AsiaFortress LAN. He made the transition to Roamer when SVIFT AS picked him up in AsiaFortress Cup 15. Despite only playing his first season on Roamer at the time, he already made quite an impact on the class, proving himself to be more than capable of playing with and against more experienced players at the highest level.

26 a.k.a. danana, is also one of the original core members alongside tommy, and the two have also played on the same team together back in AsiaFortress Cup 9 with TURBO9000. Being one of the oldest currently active players in Asia, he has built himself a reputation as one of the best Soldiers in the region who is still capable of pulling his weight even after all those years.

Konma initially played Medic for the team, but he has returned to his former main in the most recent PURE League Season 3 and will be fragging on the same class for AsiaFortress Cup 17. Despite being the newest addition to the roster, he is sure to bring some flair to the table with his notable “konpipes” that almost every player in the region is familiar with.

Legendary player teejay will not be on his signature role of Scout this time around. Instead, he has picked up the Medic mantle since the latest iteration of PURE League. While he is best known for his gamesense and experience together with his incredible DM often playing a large part in his team’s success, he is no slouch on any class. Because of his ability to play every class at a top Division 1/Premier level, he is widely regarded as one of the greatest players in Asia of all time.

We reached out to team leader AiShou to help shed some light on the sign in with the organization and to talk about the roster and the season:

TEAMFORTRESS.TV: How do you feel about XIAO finally getting sponsored?

AiShou: It's nice to see that XIAO was given the opportunity to get a sponsor as I always felt that the Asian scene has been particularly disconnected and unknown to the other regions. Having an organization willing to sponsor teams in quieter regions rather than the usual NA and EU is pretty cool, so we hope to make good use of the opportunity and deliver great matches on and off stream.

TEAMFORTRESS.TV: With the slight roster changes, what are your thoughts on the roster for this season?

AiShou: We're confident that we can deliver quality matches and hopefully secure another win, although I feel like there are players and teams that have the potential to put up a good fight against us. It's also a full Asian roster this time compared to our mixed Asian-Australian lineup we previously had for the BTS LAN (F). I've been playing with some of these guys ever since I joined the team and I believe they're some of the best players in the region such as 26, tommy, and of course teejay. teejay is the most experienced player in the team and it's comforting to have him on the combo with me since we usually have similar ideas/playstyles. He's nuts on every class (especially Demo) and is wiling to prove it on Medic as well. Konma is our newest addition to the team. We saw his drive and potential to improve as a player, hence swapping teejay over to Medic.

TEAMFORTRESS.TV: Now that XIAO is sponsored, any plans for any upcoming international TF2 events?

AiShou: Everything is still uncertain at the moment, but I believe that half of us are keen to play at an international LAN. And of course it also depends on whether the LAN clashes with our real life commitments. Personally I'm very keen to compete internationally before I quit but I can't be certain that I'll have the opportunity to do so, due to national service and education stuff. We may also need to change our lineup as some of us have varying interests in LANs and the game itself. To measure up with the standards of top international teams, I'd really only participate with a similar iteration of our previous mixed Asian-Australian roster.

We've been looking to cover and support as much of the TF2 Comp scene as possible, so picking up the most renowned team in Asia was a no brainer. teejay and AiShou are both insane star players, so I really appreciate them, and of course the rest of the team willing to play under our org as well. Although NA and EU get a lot of coverage, I really hope we can shed some light on some of these other regions that deserve a lot of praise too - so hopefully us picking up Xiao will lead to more viewership and interest in the scene.

Anyways, I really hope you all support our team, and we will try to cover as many games as possible so you can see them in action!

Roamer banana upon finding out about them possibly getting sponsored, said:

i thought he was going to buy mcdonalds

Hoping to continue their dominance in Asian TF2 with a rebrand, GlobalClan XIAO is now:

props to apples and the tftv staff for the write-up! looking forward to repping the GC brand this season ;)
p.s. i'll let you guys know what banana ends up getting. my money is on the mcdonalds meal too.

props to apples and the tftv staff for the write-up! looking forward to repping the GC brand this season ;)
p.s. i'll let you guys know what banana ends up getting. my money is on the mcdonalds meal too.

GC really living up to its name

nice one apples great having u on board !

nice one apples great having u on board !
posted about a year ago
quote • multi-quote • link
12
#12
SOOOOOAPYMEISTER
9 Frags – +

Teeyjay med could be nuts, interested to see how well this goes.

Teeyjay med could be nuts, interested to see how well this goes.
posted about a year ago
quote • multi-quote • link
16
#16
moixxoi
GlobalClan
4 Frags – +
Poptobob#GlobalDomination

[quote=Poptobob]#GlobalDomination[/quote]
#GlobalDomination x2
posted about a year ago
quote • multi-quote • link
17
#17
apples
6 Frags – +
_KermitTeeyjay med could be nuts, interested to see how well this goes.

can confirm, he casually drops 400 dpm every game as medic

[quote=_Kermit]Teeyjay med could be nuts, interested to see how well this goes.[/quote]
can confirm, he casually drops 400 dpm every game as medic
posted about a year ago
quote • multi-quote • link
18
#18
Rahmed
0 Frags – +