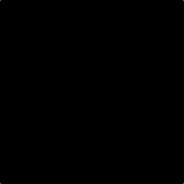 A shocking turn of events has seen ash leave the roster of froyotech in the middle of their best-of-three lower bracket final against Team SoloUber.

The reasoning for this sudden move began in the period leading up to the best-of-three, in which ash felt uncomfortable with the practice schedule of the team and disagreed with a decision made by the team to switch the roles of clockwork and b4nny for their upcoming match. This led to high tensions during their first map of Sunshine which they lost 5-2, after which ash left the roster after being asked to sit out the remaining matches.

ash commented as follows on the situation:

Going into playoffs, we haven't been scrimming and I haven't been playing much, which might have been a big factor in us losing matches. After our loss to Ascent in the upper bracket, b4nny and clockwork decided to try to switch roles for the next match. I disagreed with the idea, seeing as we had beaten them before with our original lineup, but b4nny insisted.

We went down three quick rounds in the first half, and b4nny reluctantly agreed to switch back after clockwork asked to. In the second half, we got off to a much better start by rolling a couple of quick rounds. However, on a few occasions, I got picked off while clockwork was sniping during our pushes onto last, causing tension in the Mumble. I didn't want to deal with it, so I threatened to mute them, which caused even more arguments, and I decided to just mute myself and completely took my head out of the game.

After the loss, b4nny told me I was going to sit out the rest of the series due to my actions. I didn't really want to play anymore and I didn't like being disrespected like some sort of pawn, even as the newest (and arguably worst) player on the team. I demanded my league fees be reimbursed, which he refused, so I just left the roster.

As for my future, depending on what my schedule is for school/work, I will consider playing again, but combined with a social life and TF2, it's too much for me to handle. Unless I find a group of players that I'm friends with, who don't want to scrim, and can still do well (which probably won't happen), I'm not going to play.

froyotech is continuing their match with the following lineup:

RAGE OR CUT THE WORLD WANTS TO KNOW

tftv becoming hltv and i'm not even mad

Is anyone stupid enough to cut someone in the middle of a bo3?

yes apparantly
posted about 6 years ago
quote • multi-quote • link
8
#8
Hudsen
-5 Frags – +
jake_liasRAGE OR CUT THE WORLD WANTS TO KNOW
Is anyone stupid enough to cut someone in the middle of a bo3?

afk esea admins, ash taking edgy to a new level, and the unexpected avasto + gecks caster synergy...
what_a_night
posted about 6 years ago
quote • multi-quote • link
10
#10
deetr
23 Frags – +
KonceptLegacyjake_liasRAGE OR CUT THE WORLD WANTS TO KNOW
Is anyone stupid enough to cut someone in the middle of a bo3?
I mean...If anyone would do it it's ash...

If anyone would do it it's b4nny*

b4nny is a fag lol

"There's literally a girl in your bed..."

We have received a comment from ash, which is now reflected in the article.

We have received a comment from ash, which is now reflected in the article.
posted about 6 years ago
quote • multi-quote • link
25
#25
flatline
5 Frags – +

when you cost your team 1,500 bucks because youre physically unable to stop saying slurs and then leave mid match in LBF

b4nny is honestly a retard if that's true, I kinda can't believe it

"I got mad and threw a tantrum"