With i63 done and dusted, the post-LAN European TF2 period will be kicking off soon as ETF2L Season 31 begins. Much like the North American counterpart, this Season of Premiership is set to be one of the most tightly-contested in recent times with a high level of talent everywhere you look. The current crop of teams are ready to do battle for bragging rights as well as the chance to compete at the highly anticipated Copenhagen Games LAN next year. But who is in the running for this opportunity you may ask? Well, help is at hand as teamfortress.tv takes an in-depth look into the teams for this Season and the many story lines that are sure to follow in the coming weeks. 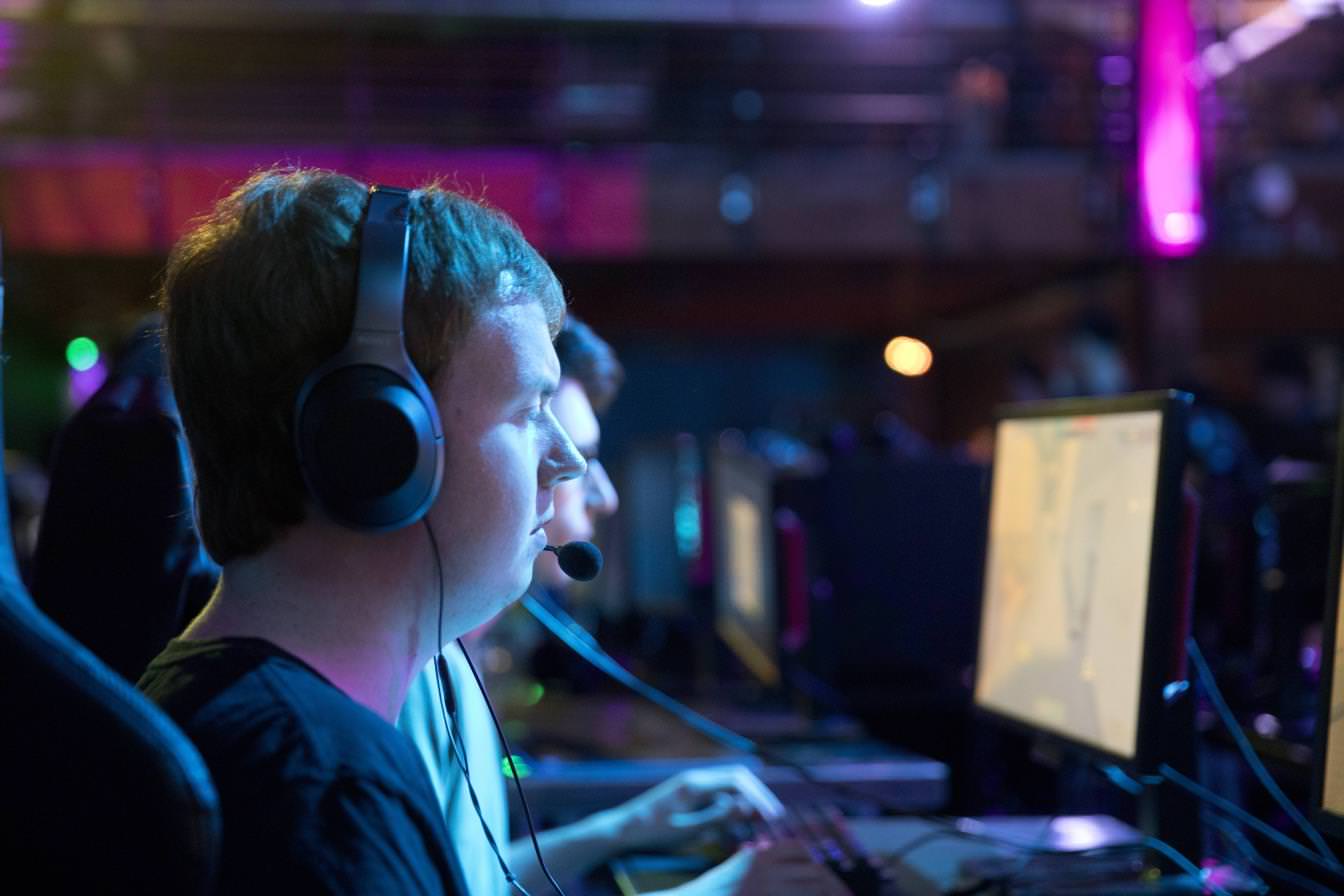 Se7en are currently a team on a mission to return to the top of Europe. After just barely losing to froyotech in the i63 Grand Finals, the team underwent a post-LAN shuffle, seeing off adysky and amppis in favour of former Se7en players kaptain and Raymon, Starkie making his long awaited switch to an offensive class as the team's Roaming Soldier.

These changes are a sign that Se7en are not here to play around next season, which could see them potentially dominate the scene. With the vast experience of Demoman kaidus leading the charge and the raw DM capabilities of Thalash and Thaigrr on offer, Se7en are with very little doubt a shoo-in for this season's Premiership crown. With the incentive of a trip to Copenhagen and rumours of the tournament being another Intercontinental affair, Se7en is bound to be fully-focused for the job ahead. 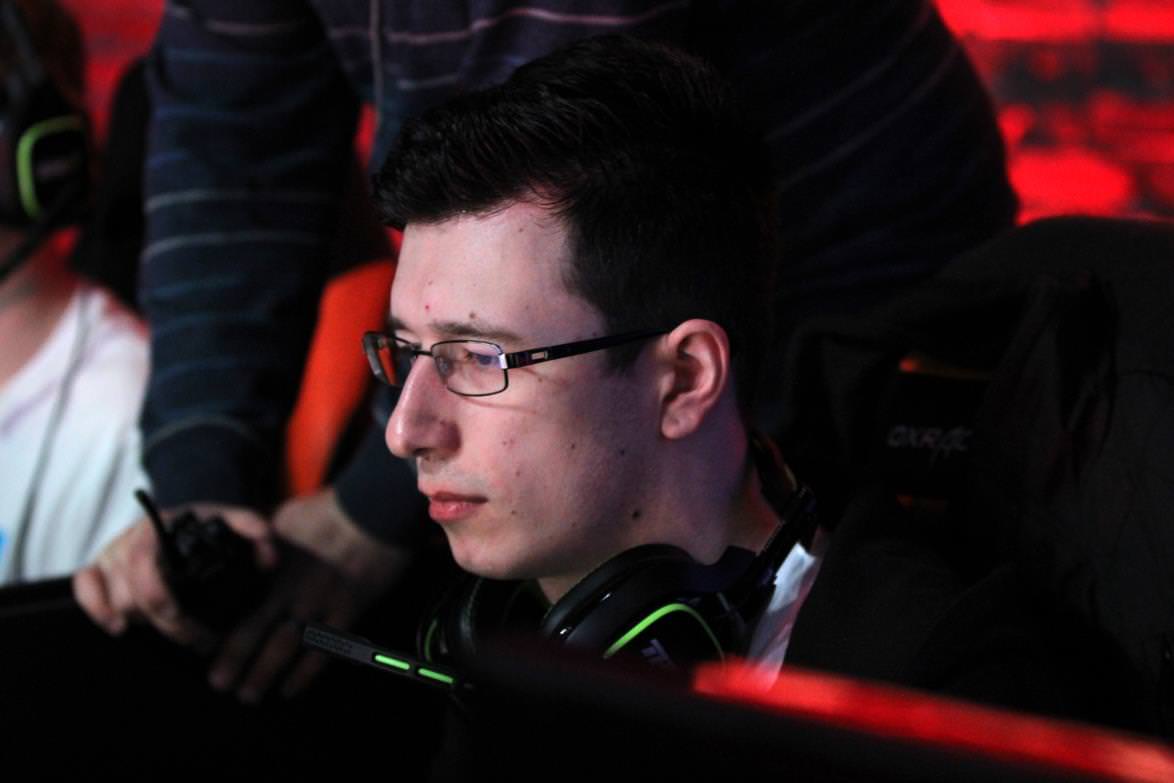 Built on the core of sauna slayers, the newly sponsored Ascent.EU is a team of big names, including some that have not been seen in Premiership for quite a while. Nursey, silentes and amppis were last seen playing together on the aforementioned sauna slayers, where they finished second in Season 25. They will be playing alongside Drackk, credu and Elacour, who have tagged along to round out the team.

As both of the team's soldiers have been inactive for the past few months, it is still on the table whether sauna slayers will be able to reach their full potential as the season revs up. The now-commonplace Finnish scout duo looks to be one of the team's strongest aspects, and although amppis has not played the class recently, he certainly is more than capable enough to return to Scout with little to no hiccups. Nursey will be having quite an ambitious season, competing in ESEA Season 29 with Froyotech and returning to the European scene with its associated ping once again. Finally, Elacour maintains Ascent.EU's French roots as the team's star Demoman.

Filled to the brim with talent, Ascent.EU looks to be one of the strongest and most popular contenders in this season of Premiership.

After a clean victory in Division 1 last season, followed by a solid — albeit not groundbreaking — performance at i63, this season will be one of confirmation for Faint Gaming. With experienced players leading the squad of fresh, new talent, will Faint be able to topple the experienced competition alongside Corbac?

On paper, the response seems to be “yes” but playing a full season of Premiership is never a breeze, as a lot can transpire in the eight weeks of play. This season marks the return of alle and sorex in the highest level of competition, as well as the first Premiership season for amarok and counou, with seeds and Corbac completing the team. Having played together for multiple events now, Faint Gaming may have the cohesiveness of any team in the division, which could give them the upper hand against the other teams who have recently added on new additions in preparation for the new season.

"Bin there, done that" could be the motto of this team, who is the result of a merging between the bin and the bin BLACK, who placed third and fourth respectively last season. Long gone are the days when most of those players were part of teams that either finished at the bottom of the scoreboard or were decried for their unorthodox tactics. Now established Premiership players, they’ve shown a distinct taste for being a challenging opponent against every team.

Mr.Epic and krafty stand out as an extremely versatile scout duo, while yllen and uubers are renowned for raining a storm of damage on the enemies if given the chance. They're backed by RaTSLaYeR and degu, who are both solid players in their own rights who can bring stability to the roster. One does not simply walk into playoffs, and the fellowship will have many motivated opponents to slay. 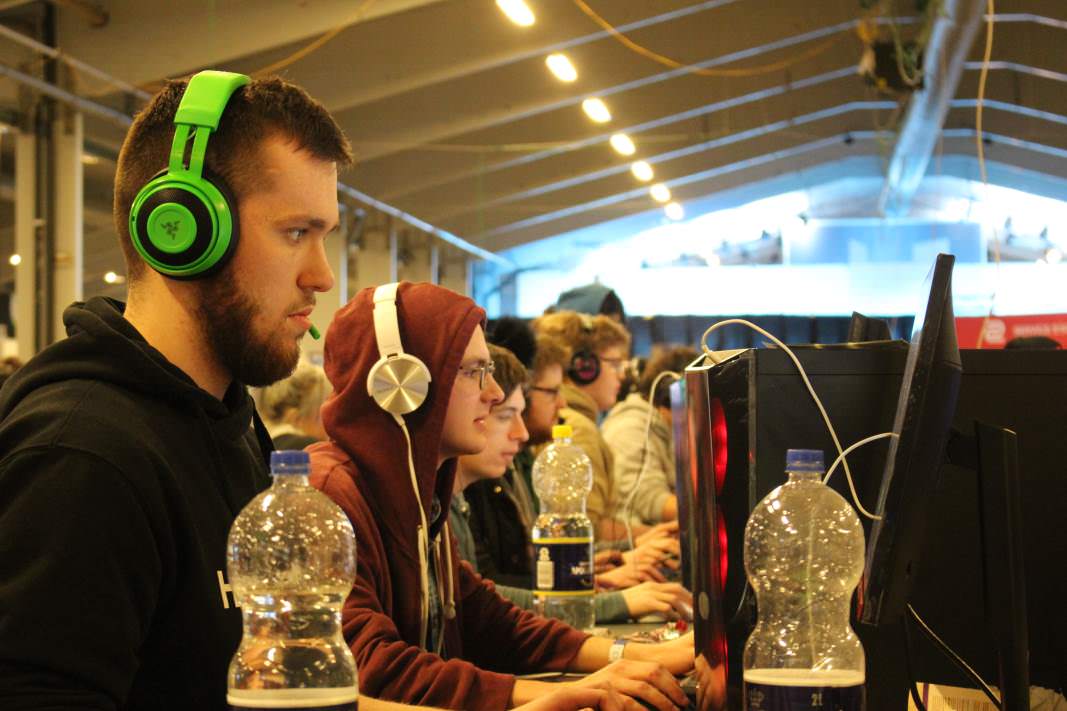 Ora Elektro come off a very successful run at Insomnia63, where they were the team that seemingly punched above their weight, most notably kicking SVIFT out of the higher bracket.

As for ETF2L, the team is quietly entering its third season in Europe’s top flight, and their level has improved enough for them to be considered a solid Premiership team now. They've shown themselves to be one of keenest teams in the division as well, at one point exclusively scrimming Se7en.

This season’s roster sees two new players join the Norwegian electrical company: Maroš will be replacing Scruff, and papi will step in for iatgink —who was already stepping for eskimo, but only for LAN, making them eskimo brothers of sorts. With these new talented pickups, and the rest of the roster lots of experience together, this could be the season where Ora Elektro pulls shocking upsets akin to the ones from i63.

While originally starting out as another iteration of The Bus Crew, this time they broke the speed limit and got picked up by SVIFT in consequence. Marten and alba are the only are the only longstanding Bus Crew players remaining, with PolygoN also spending half a season on the Bus. Smirre, on the other hand, is the only SVIFT player from last season’s team while ixy is a departing member from Velocity eSports EU. Lastly, this will be Rising’s first appearance in ETF2L Premiership since Season 19, where he played with Übersexuals.

The team will stocked with experienced players, albeit with some coming off of hiatuses only recently. Will SVIFT overcome their opponents and gain the required momentum to carry them to a podium finish? Or will they crash in the roundabout against other highly experienced teams? There may be no clear answer this time, but SVIFT seem up to the challenge in writing history this season.

“Here we go again” is what greets you if you check nunya’s team page on ETF2L. And indeed... here they go again. Spearheaded by Connor, who was behind the two previous iterations of nunya, this team sped through the qualifiers, winning both of their games convincingly and qualifying them for Premiership once again.

This squad is not that different from the former iteration of nunya from Season 29, with lukas sticking around, as well as the Finnish fanfare of fragging led by Puoskari and nuthouse — who will be looking to defend their title of “most deadly duo of Finns". That season, nunya technically made playoffs, but could not participate in them due to a Soldier drought forcing them to concede the spot to OMNI5 ESports EU.

This time around, nunya have enlisted the aid of fluo and Opti as the team's Soldiers, with both last being seen on Ascent.EU in Seasons 28 and 30 respectively. While fluo has a very solid tenure as Soldier, Opti had previously played Scout for the French squad, and had not played the previous 8 seasons either. However, time has had little effect on Opti in the qualifiers, with nunya remaining a strong roster. With this duo of soldiers on top of this already DM-heavy roster, nunya has the tools to actually play a game in the playoffs this time. 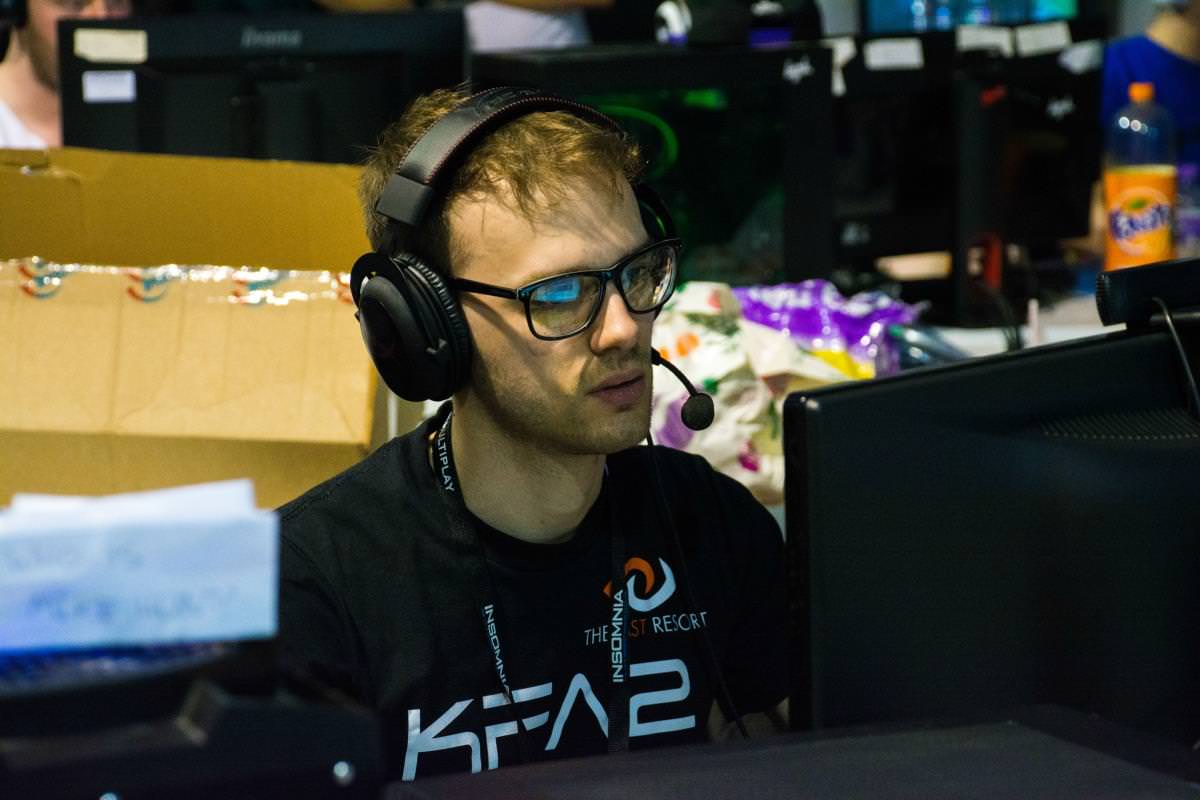 After last enduring a full Premiership season with weebs, will WARHURYEAH be able to bring the heat this season? (picture by Austen "Tagg" Wade)

The team that most casters cannot pronounce is back again, edging Foreskings after a close rematch, and this time with double the amount of former Epsilon players! WARHURYEAH will be joining stefaan, alongside Fischkopf and clip, who will be returning on their Soldier roles. Both German players were previously the driving force behind wer das liest ist doof's fourth place finish back in Season 29. Honey joins the German roster from Velocity eSports EU, with unable joins as the team's fourth German and for his first season in Premiership.

However you choose to pronounce their name, wer das liest ist doof look to be an interesting team to spectate, with a strong and coordinated Soldier duo backed by the ever-aggressive WARHURYEAH, with stefaan’s slyness ensuring that the team will be active on both the forefront and the flanks of the action this season.

Georgebaii also contributed to this article.

This season is looking FAT

should have used this picture as a header for Faint

should have used this picture as a header for Faint
[img]https://pbs.twimg.com/media/DeIkpT3WkAAzdje.jpg[/img]
posted about a year ago
quote • multi-quote • link
7
#7
mal
TFLIVE
6 Frags – +

The only thing looking better than the article: this season

The only thing looking better than the article: this season
posted about a year ago
quote • multi-quote • link
9
#9
TangenT
7 Frags – +

TF2 is currently in its phattest state.

Haha what a season to take a break from. fuck me

Haha what a season to take a break from. fuck me
posted about a year ago
quote • multi-quote • link
11
#11
joethebrave
3 Frags – +

Awesome write-up dudes
posted about a year ago
quote • multi-quote • link
12
#12
niko
0 Frags – +
oyeashould have used this picture as a header for Faint
https://pbs.twimg.com/media/DeIkpT3WkAAzdje.jpg

[quote=oyea]should have used this picture as a header for Faint
[img]https://pbs.twimg.com/media/DeIkpT3WkAAzdje.jpg[/img][/quote]
WOW SOREX WOW
posted about a year ago
quote • multi-quote • link
13
#13
ondkaja
5 Frags – +

Unfortunately you haven't listed the main roster of SVIFT. Please fix this sviftly.

Unfortunately you haven't listed the main roster of SVIFT. Please fix this sviftly.
posted about a year ago
quote • multi-quote • link
14
#14
unfiaboo
6 Frags – +
TurboTabsHaha what a season to take a break from. fuck me

it's not too late please come back turbotabs dad

[quote=TurboTabs]Haha what a season to take a break from. fuck me[/quote]
it's not too late please come back turbotabs dad
posted about a year ago
quote • multi-quote • link
Please sign in through STEAM to post a comment.