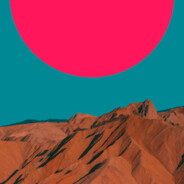 Nearing the midpoint of the season, Witness Gaming are making their first change, as they bid farewell to Scout Rio, citing IRL commitments.

Replacing him is tenured American Scout sandblast. Last appearing on the regular season run of Season 3's Morning Light, before being replaced by Kev in the lead-up to an eventual 3rd place. Currently hovering at 7th place with an even 4-4 record, Witness Gaming are still within striking distance of playoffs, but will need a quick turnaround with the new lineup to have a shot. While their season started rough, with immediate matches, and losses against heavyweights GlobalClan Ice and froyotech, things have been looking up for the squad as of late, taking convincing wins against GlobalClan Fire, The Nest, and HRTeam, then playing an incredibly close 5-4 series with MyAnimeList After Dark.

Team sponsor Witness, showed us his confidence in his squad, saying:

Rio is a very good friend of mine and I'm incredibly thankful for his time with the team, both this and last season, while also being someone who has been a great supporter of the wG project as a whole!

The team is really excited to get ol coach Sandy back into a uni and into the server, I think everyone really understands the weight of these next few matches because of the heavy playoff implications they carry, so our group collectively needs to buckle up and play solid these next few weeks as a team. Sandblast has a very distinct personality and presence that might just be able to launch this group into something special to carry the weight into Top 4 and I'm really happy he's taking time to review, play, and just be apart of the team on such short notice.

Coming straight into a rematch with GlobalClan Fire tonight, Witness Gaming are:

me roamer not pocket now

me pocket not roamer now

me canadian not american

me canadian not american