Out of the ashes of the fire, a sweaty and slightly delirious phoenix is born.

Hijacking the corpse of Ascent.EU, sauna slayers carry on with a nearly completely different roster. A successful (but not victorious) run in S33 with their final roster was not enough to keep the team together. After the organisation lost their third Grand-Final in a row against Se7en, hopes were high for an explosive performance at the upcoming LAN in the NEC. However, another loss against Se7en and missing out on 3rd place to Faint Gaming EU was the final nail in the coffin. credu, Zebbosai, Domo, and Connor all stepped down from the roster, resulting in Ascent seceding from sponsoring the team.

With several players stepping down from the starting lineup to pursue opportunities outside of TF2, we'll be parting ways with our @ETF2L S33 / i65 EU roster.

We're super appreciative of their time & dedication for Ascent, and we wish them nothing but the best. pic.twitter.com/8kVz64nnWy

PolygoN and amppis, the two surviving members, carried on, re-building a solid roster for S34. PolygoN remains on Solly but moves over to Roamer, whereas amppis is not only changing role but class too, moving over onto Pocket from Scout. The return to the class he saw so much success with playing for Se7en and The Last Resort may be the spark amppis and his new teammates need to launch themselves into a successful season.

Scruff and counou bring a new British scout duo after both players took a bit of a season break. Scruff used S33 as a time to breathe after being released from SVIFT with the conclusion of S32, while counou subbed for War & Sons when voxtec was unable to play, including the mixed roster of top5Sons who attended i65. counou brings some spice to the sibilant team, with his potential on Sniper and Scout prowess matched only by his teammate.

amppis was hopeful and optimistic when asked about the up-coming season:

I'm looking forward to playing solly again and we got a pretty sick lineup together. Were gonna keen up now that we got the roster wrapped up and its gonna be epic :) 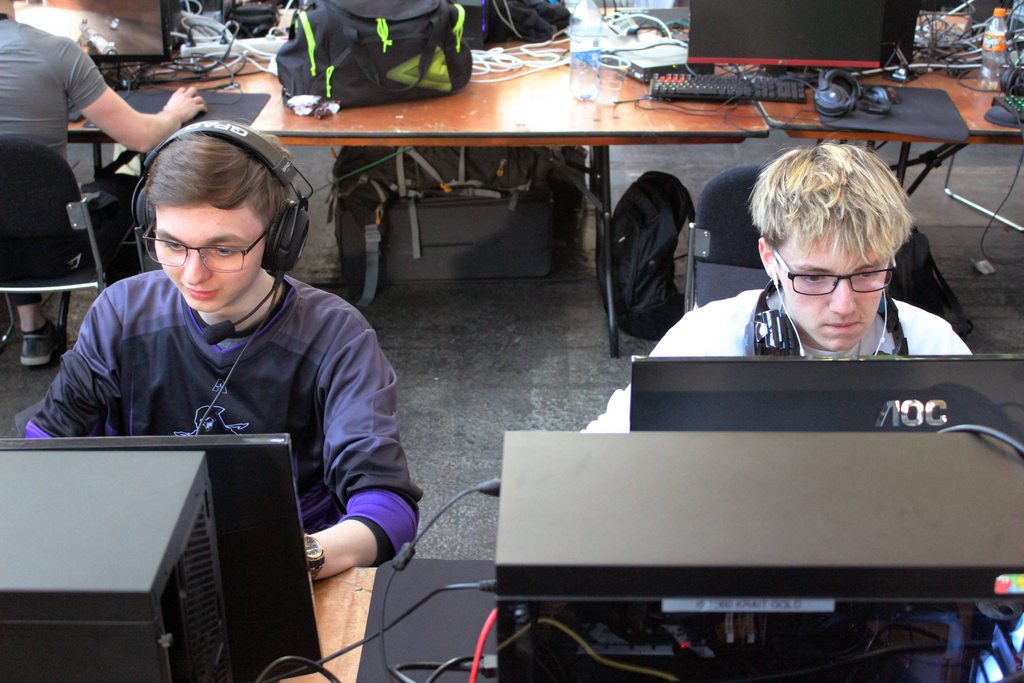 That feel when you get dragged back to the S32 Faint Gaming family reunion at the sauna. (photo by Ness "uberchain" Delacroix)

Optimistic with good reason, as Smirre and Sprite bring up the rear of the combo. Smirre joins his former Faint Gaming teammates from S32, counou and PolygoN, as Demo. He attended Copenhagen Games 2019 with the Faint Gaming roster, before taking a short hiatus after the Danish LAN. Returning from a short hiatus seems to be the motif of sauna slayers and it keeps on going with the inclusion of Sprite. Sprite most recently played in Division 2 during S32, although he has some Division 1 experience under his kilt, and is not a complete stranger to this team as he was in a coaching role last season as well. This team of veterans is going to be a great support system for Sprite to have while he pops his Premiership cherry.

sauna slayers’ roster in their attempt to leave thousands of Finnish men homeless is:

"sauna slayers’ roster in their attempt to leave thousands of Finnish men homeless..."

"sauna slayers’ roster in their attempt to leave thousands of Finnish men homeless..."

so no more credu insane snipes?