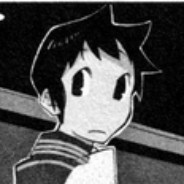 It's the end of the August, and that can only mean one thing. The Medics are fully charged, the Soldiers are bombing in, the Demoman is laying his traps, and the Scouts are out there doing 280 DPM. That's right, the Insomnia Gaming Festival is in town (if your town is Birmingham) with Insomnia65, featuring the top teams in Europe, as well as one of North America's best, duking it out at the NEC in Birmingham for the title of world champions.

The tournament is split into three parts :

A for-fun tournament will also be held for the teams that did not manage to make it out of the groups. Signups will open for the side tournament after the Open Swiss Stage ends on August 24th, with signups closing at 10:00 AM BST (11:00 AM CEST) that same day.

All maps will be selected using a pick/ban system.

Insomnia65 currently features eight teams in the Invite group as well as 30 teams signed up for the Open stage currently, the latter of which remains subject to change.

Check out our team preview articles:

The current prize pool is dependant on the amount of signups for the Insomnia65 Open Swiss Stage, which are still yet to be determined.

all times in CEST

The following talent will be covering the event:

All of the Insomnia65 action will be broadcast on EssentialsTF's Twitch channel, beginning on August 23rd. For more information, check out LAN.tf and keep an eye on teamfortress.tv for more coverage and discussion.

Update at 12:37 CEST: Essentials.TF have postponed the event an hour, our schedule now reflects that.

froyotech's first RGL match vs. Kings Crew is on the 29th

Sim with the British flag FeelsMan

Me with the English flag. FeelsMan

Me with the English flag. FeelsMan
posted about 3 years ago
quote • multi-quote • link
8
#8
Sim
7 Frags – +
_KermitSim with the British flag FeelsMan

Another shocking example of oppression from the southern peninsula.

Another shocking example of oppression from the southern peninsula.
posted about 3 years ago
quote • multi-quote • link
9
#9
mitch
2 Frags – +

Viewers guide and event page has been updated to reflect Essentials.TF's schedule changes.

Viewers guide and event page has been updated to reflect [url=https://twitter.com/TF2Essentials/status/1164849042104487936?s=19]Essentials.TF's schedule changes[/url].
posted about 3 years ago
quote • multi-quote • link
Please sign in through STEAM to post a comment.