black swan, who are currently sitting in seventh place in the ESEA Regular Season, breezed through the Rewind II Open Qualifier, ending in second place and proceeding to the main event. In the Group Stage, the team lost to both Se7en and Ascent, but managed to beat Big Chips to secure their third place spot in the Group Stage and proceed into the lower bracket in the playoffs.

black swan fought hard against against King's Crew, narrowly edging out the crowned royalty in a 4-3 golden cap victory and proceeding into the Lower Round of 6. But in the Lower Round of 6, they were met with an untimely demise, losing 2-0 to SVIFT NA, ultimately leaving Santa Ana in 5-6th place. 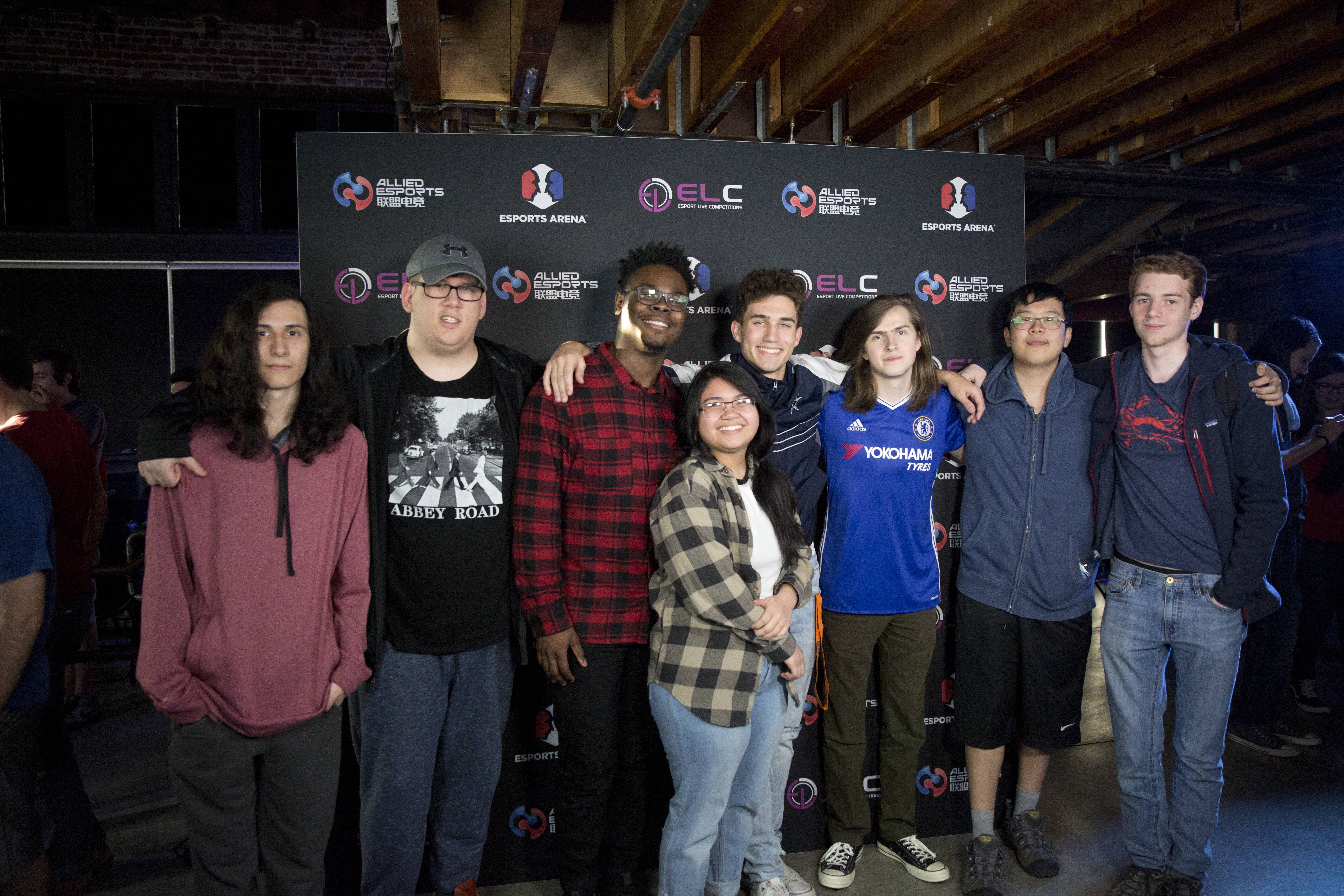 With Rewind II gone, we got in touch with the team's medic, charis, to give us his feelings about the team's attendance of Rewind II, their performance, and their team as a whole in ESEA and at LAN.

How well did your team do at Rewind II?

We did better than I thought we would and exceeded my expectations. We had a super close match against King’s Crew which was super exciting and it was a great time. It was my personal first time being on a big stage and it was amazing.

How was it having to play with 4 standins compared to your ESEA roster?

We had played Closed Qualifier with froot and morsca, who later wasn't on the final LAN roster, so we never played with trippa before LAN as a team. Luckily before LAN, our main roamer was unable to play a few matches so we subbed froot for those, which gave us a chance to build chemistry with him. 4/6 of us (not including myself) had played the previous invite season with midas and he is my best pal so we already had a lot of chemistry with him come LAN time. Beyond that, it was just a matter of adjusting strats until everyone was comfortable.

Speaking of froot, the first game froot played was an elimination best-of-one game against King's Crew. In that game, you had a pretty incredible comeback, tying the game into golden cap with little time to spare and winning the golden cap. How much did that best-of-one mean to you, and to froot, as the first playoffs game for black swan and for froot, his first game of the tournament?

It was a huge deal for us as a team because it was our first real chance to prove ourselves in the public eye. King’s Crew played super well and were a super hype team that provided a really good show and were amazing to play against. As for froot, I think it was his first time on LAN and he played super well despite only having showed up like a day late to the tourney. Also shoutouts to Jeremy (zheep) for subbing for us for like 16 hours because of that.

How well did zheep fit into the roster, considering he had to stand in on short notice?

Jeremy is a god and my boy. We asked him to play a literal 16 hours of tf2 on like an hours’ notice. He well exceeded anyone’s expectations and was performing really well in nearly all of our matches, and destroyed Big Chips in our casted match against them.

Was there ever an attempt to get ninjax to LAN or were subs already set up in his place?

Hell no! lol. He lives in Argentina and the flights from there to LA are extremely expensive, so we knew it wouldn’t be an option from the start. We are all friends with froot so we asked him to play and he said yes. Then, as I said previously, we went through a few people before we ended up with trippa.

In Week 2 of ESEA, you had a close game against Velocity, losing 4-3. How confident were you against the other Invite teams that were attending?

I feel like our Viaduct gameplay is really good and we all were performing super well in that match you mention. I think going into the LAN, and as always, we like to have realistic expectations like you should in principle, but it’s always the rule to try your heart out no matter who the opponent is. That’s the mindset we went in with and keep with even still.

In the Open Qualifier, your team was able to beat Big Chips fairly confidently. How confident was your team in the rematch against them in the Group Stage, especially since the first match went into a golden cap?

I think that they are a really good team, but the night before we had watched our open qualifier match and figured out a few of their strats. Honestly, we were pretty confident because we had beat them in the Closed Qualifier before and had a lot of good vibes going into it.

What are your thoughts on Rewind II as a whole?

I thought it was a great event that I was able to participate so heavily in. I met so many people that I play this game with so frequently and it was so sick to meet them all. It’s awesome that a place like Esports Arena is able to do so much for our really small game and I’m super thankful to people like samiface and everyone else who made it happen.

Moving over to ESEA, how well is your team doing on the online side of things?

We are doing rather proficiently. We have yet to score any actual upsets against top teams, but we haven’t gotten upset either! It is my favorite team I’ve played on, and we are all really good friends, and I’m having a lot of fun in my first season of Invite.

How has ninjax been performing on the team with his ping disadvantage?

In tryouts, we worried a bit that his ping would be a huge hinderance, but playing with him it’s like it’s not even there. He is so used to it at this point in his TF2 span that you couldn’t even tell he’s from Argentina. The guy is nuts and one of my favorite combo scouts I’ve played with.

Is there anything your team can improve on going forward?

We could really work on our combo synergy. Sometimes we get out of sync with each other and seperate, but with that said, I think we have shown a lot of improvement over the season so far.

Are you looking to attend another LAN with your team?

Who knows what the future holds, but I’d be down 100%. We aren’t attending RGB LAN as a team and Rewind is a year away, so there is a chance for next year :)

Do you have any other comments you'd like to give?

Uhh, not really, besides just shoutout to Hedgehog Hero.

i love u charis

i love u more charis

wtf ugly god was at rewind

Who are all the people in the picture?