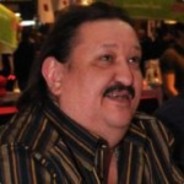 It may not be a well-known fact among the wider community, but TF2 has had its own LAN circuit in baguette land for years! Thanks to a large francophone player base and the dedication of few motivated staff members (shoutout to TF2Connexion.fr!) our beloved game is resisting to the MOBA LAN onslaught.

GA'lloween 2014 is the last LAN of the year for the Frenchies. It is organised by Futurolan, which is also hosting the biggest french LAN at Easter: the Gamers Assembly. After having been recently crowned as the ETF2L Nations Cup 6v6 World Champions, France wants to show the world that its LANs can provide quality matches!

Starting Saturday morning at 10:00 GMT, GA'lloween will see 12 teams battling their way through two pool phases and a single elimination bracket to win the 540€ prize pool, as well as a team pass for Gamers Assembly 2015, and Collector's Edition Gamers Assembly mousemats in the elite bracket. But that's not all: there are also steam games and TF2 items to win for the 8th-12th place teams! Who's attending? Who will win? Who can handle their alcohol and smoking the best, and why would you even watch this?! Let's find out with the roster run-downs!

Top of the Pops

If you're reading this article then the chances are that you don't live under a rock and have already watched this team play. They are, of course, the 2nd French team in ETF2L's Premiership Division, and as such are considered the favorites for this LAN - even more so since La Berrichonne de Châteauroux (who won all the french LANs for the last 3 years) isn't attending. I foresee this team smashing through LAN on a victory streak, like a majestic hippocamp on a tidal wave.

Players to watch out for: NiCO, DeGuN

The rising stars cruising through div 3 at the moment find themselves left by their carry pocket Blitzo for this LAN. Rumors stated that retired superstar gf_18 would step in for this LAN but carpooling issues were too strong. Scout MGE lord superkopo will fill the remaining gap in the lineup. Although this team should be no match for E-SHOCK ESPORT they are serious contenders for the 2nd place and should provide us the most interesting matches of the LAN against the other 2 "top teams".

Players to watch out for: Medico, Ombrack

A solid Division 3 team whose core (Pedow, Finam, Screw, and JiPse) started playing together 2 years ago. They don't possess as much raw deathmatch talent as the others but they have learned to play to their strengths, cover each others weaknesses, and have therefore developed a strong team cohesion; their game-plan is to rely more on teamwork than pure aiming - provided there are no 10 year old schoolgirls around to distract Pedow (formerly known as Pedobear). They also have SeriousCat substituting for their usual roamer Mamba this LAN, which could cripple a team that is so reliant on their synergy. Will they cope with 12 hours of mental strain on Saturday? Tune in to find out.

Formerly hailing under the Imaginary Gaming banner, this rag-tag bunch of Division 2/3 players are really quite dangerous. Their soldier pair is, MGE wise, nearly as strong as the top5_rocket combo - even after *gf18* boosted the skill level by a good distance - and their veteran players *Robinet*, *Begorenow*, and *Glastry* are used to the "French style" of play, which consists of never releasing the pressure on your opponent (also succinctly described by Euros as "W+M1 shitters").

Players to watch out for: 4star, Glastry

Close But No Croissant

If top5_rocket are the rising stars, then Worthless Respect are the future ones. Following great improvements in the online scene, they are currently close to winning their Division 4 group, and are a serious contender for a top 4 finish at GA'lloween 2014. Their flank is notably very good at distracting and sneaking behind to make room for the deadly pair *Corbac* and *KLR*. Let's see if mercenary *Zikto*, known for retrying upon dying to spawn faster, will blend well with them.

This is the ideal LAN team: always there and always paid up first. Even though these guys are having a tough season, they can most assuredly count on former Gunslingers' Diabalxen to increase their capacity for an upset. Former caster Remitche is also a must-have in a LAN setting for his atmospheric skills.

With two TF2connexion.fr admins in the team (Kazzy and superstar head admin Fmapkmn), this team is obviously going to cheat, connive and twist the rules on its way to the cash prize. Helped as well by unfathomable gamers like Shog (main spy), Melheck (main sniper), and Briquet (main pyro) you will see weird stuff coming out of these boys. Just don't expect pipe kills from me. I promised them some of my grandma's couscous if we win.

Players to watch out for: Shog, Melheck, Twiggy's grandma

Built upon what's left of CanardPC.com's TF2 section, handsome manager Captain Etienne explains their playstyle: "Schmurf can hit pipes so the whole team is going to play around that. But they need me [...] to organize it otherwise they behave like idiots and I won't be there to help them". Truth has been spoken.

Players to watch out for: Schmurf, Keyro (who plays with inverted y-axis), Cornichon

Last But Not Least

This team represents the best of the bulk of French teams currently engaged in Divisions 5 and 6. Representing the fruits of labor from TF2Connexion to support and promote new teams, this will be their first LAN appearance. They have a clear shot at winning the steam games and TF2 items that are being offered as prizes to the amateur bracket.

Superstar roamer/SFM artist Salade au thon leads this Division 5 mix. The biggest unknown here is whether or not FapFap's laptop will melt before the end of the matches. Last time I saw him he was using something like this to keep it cool, so I'm worried.

Another low division mix, they have decided to come solely for fun. It is thanks to players like these that the TF2 LAN scene has a constant influx of new players each year! Note that as I have no idea what class these guys play i won't risk to guess it.

Players to watch out for: Soul, Savla

This is probably the team with the oldest median age attending GA'lloween, and yet they are the biggest smokers and drinkers around. Their alcohol tanking ability will surely prove critical once the 23:00 hour mark is behind us on Saturday. Put the spotlight on their flank; the infamous combo of Neve, Torn4de & Exec will absolutely delight our eyes if streamed. Jokes aside, this is a fun team full of calm & collected people who really represent the LAN spirit well.

Players to watch out for: Torn4de, Neve, Exec

The Uncontested Stars of LAN

I've saved the best 'til last here! This tournament is going to be casted by the best, mightiest and maddest people our land has to offer: Pognon & Pomme!!

You will be able to follow their streaming adventure all weekend, starting Saturday morning on the OrksTV portal!

I'll leave you with this...

Shoutouts to Sideshow and Tooni who have helped me make this thing readable!

Twiggy, u owe me 2 unusuals. Give back or hired goons

This happening right now on http://www.twitch.tv/orkstv

This happening right now on http://www.twitch.tv/orkstv

Congratz to E-SHOCK eSport, they are the winners of GA'lloween 2014.

Thanks for all french TF2 community for this awesome week-end. We are the best :D

Congratz to E-SHOCK eSport, they are the winners of GA'lloween 2014.

Thanks for all french TF2 community for this awesome week-end. We are the best :D
posted about 8 years ago
quote • multi-quote • link
10
#10
MadK
1 Frags – +

holy shit the video is amazing.
i like the transitions much style
FRENCH ARE AWESOME!!!1111

holy shit the video is amazing.
i like the transitions much style
FRENCH ARE AWESOME!!!1111