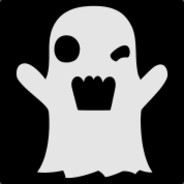 dempsey
April 27, 2021
The German TF2 event is back, following the success of the first iteration.

The first Bundescup was an event for all German-speaking TF2 players, which brought together the German-speakers of the TF2 community for a weekend of games and fun. The cup also tried out some things to set itself apart from the other countless cups that have taken place during Lockdown. The second iteration of the cup will try to improve upon the first, and make the games more enjoyable for every player.

You do not need to be German to take part, anyone who is able to communicate in-game in German is welcome to join and take part!

Initially, the cup was run with a PugChamp draft style system. Captain’s were picked out from the players who signed up, to draft their teams from a list of all players and to try and assemble the best possible team. However, to avoid ETF2L teams simply signing up and picking their own team, teams may only have 3 players (including their captain) from an already existing ETF2L team.

This system wasn’t met entirely positively, so the admins of the event are looking at revamping this process, asking every person who signs up for the second cup for their opinion. Although the details of the team-drafting process are yet to be announced, the current results of the poll are as follows: 33 votes for a “limited draft”, where captains must spend credits on players, 19 votes for a free draft like the first cup, and 10 votes for teams created by the admins using an average skill level.

The cup will use the ETF2L Season 38 ruleset with some slight modifications. The teams will be divided into two groups, with the winner of each group going directly into the semi-finals. The group phase of the event will be Best of 1 and all teams in a group will play each other. Winning a map earns 2 points, a draw 1 point, and a loss 0. If there is a tied result in the group tables, round difference will be looked at to decide a winner.

For the playoffs stage, all games will be Best of 3. However, higher seeded teams will receive no advantage. The map-pick advantage will be decided by a medic saw fight, with the winner picking Map 1 and 3.

The map pool also looks slightly different than what most ETF2L players may be used to, with koth_product_rcx being swapped out for cp_logjam_rc12f:

The cup will take place on the 22nd and 23rd of May! Although a full time-table is not yet announced, expect a day full of games on the 22nd as teams battle it through the group stage, with playoffs reserved for the 23rd. If you have any interest at all, feel free to join the discord for the cup using this link! Even if you have no interest in playing, follow the official twitch channel for coverage of the games!

To play in the cup you will need to apply with your ETF2L link, Steam link, what classes you wish to play, and if you want to just be a sub. Although the cup is just under a month away, there's already been almost 50 applications to play! Sign up sooner rather than later, or you may be left behind when the teams get drafted.

The German-speaking TF2 community is more tight-knit than ever, with the success of tf2pickup.de, a PUG service for anyone who is able to communicate in German, so if you’re looking for practice before the cup or simply want to get to know more people in the community, add-up!

Signups are full! If you're still interested in playing you can register as a sub for the cup, assuming people do not drop out :)

Signups are full! If you're still interested in playing you can register as a sub for the cup, assuming people do not drop out :)
posted about a year ago
quote • multi-quote • link
Please sign in through STEAM to post a comment.