SVIFT are back for another ETF2L season after running out of gas at the last hurdle in Season 36. SVIFT had an extremely dominant Season 36, dropping only 1 point the entire main season. The team went into playoffs with their heads high ready to be crowned with another gold medal, but ultimately fell short to the underdogs nerdRage. This loss could be chalked up to nerdRage’s determination and motivation, or the fact that SVIFT finished the main season and immediately was given a place in Grand Finals as the highest seed, whereas nerdRage had to battle their way through two rounds of playoffs to meet them in the finals. This lack of officials to be played may have resulted in less play-time and practice for the euroamerican roster.

Nonetheless, after the disappointing end to the season, SVIFT kept their heads high and moved on to focusing on the next season. SVIFT have decided to swap out nearly their entire roster, with only two players remaining on the starting roster from their Season 36 roster. seeds and Nas boii remain together on the roster, but this wasn’t always the case. During the off-season, seeds left SVIFT to experiment with playing Medic for the new and improved Ascent.EU roster. But after playing the Lockdown Throwdown tournament with them, he was cut from the team and rejoined Nas boii. 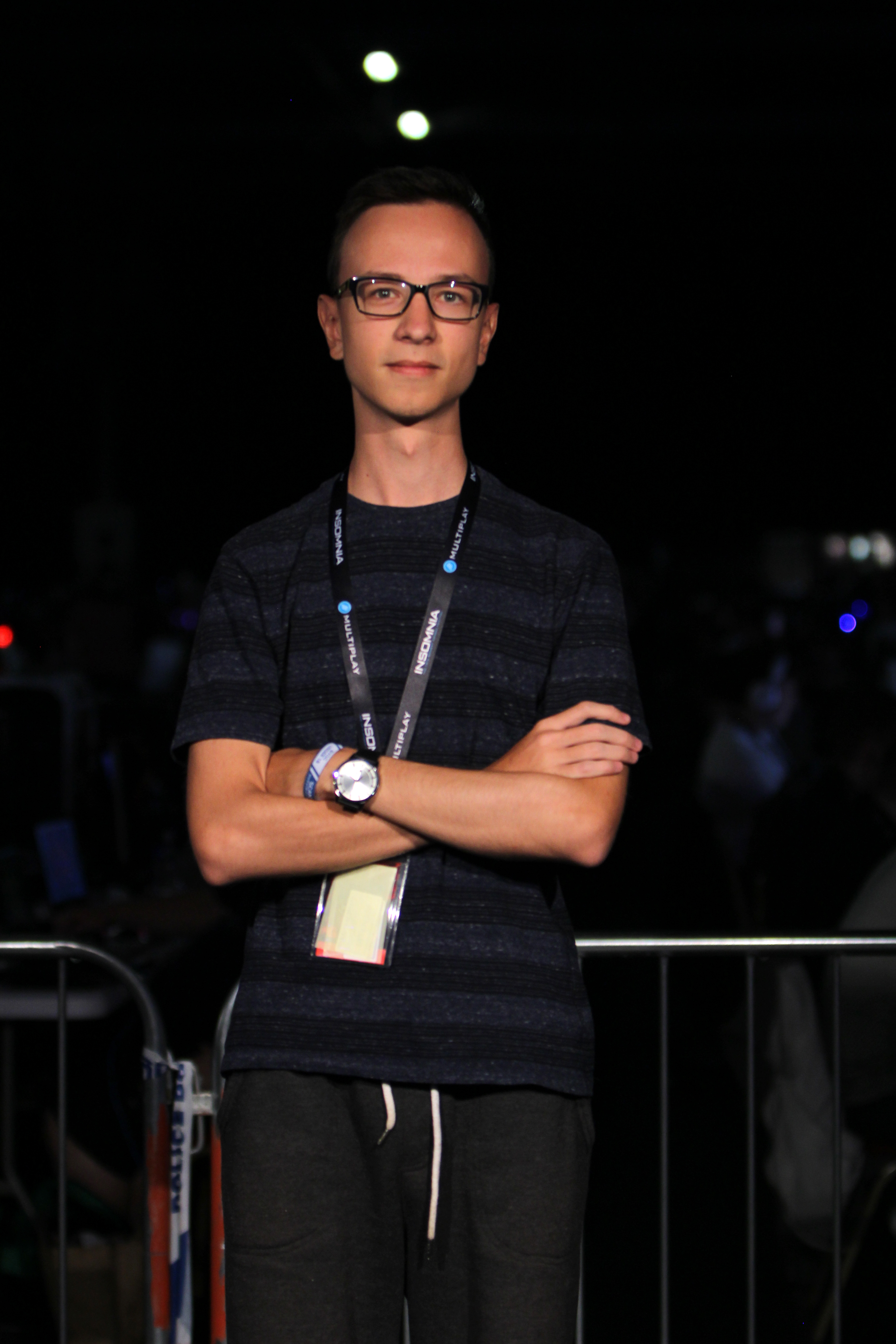 Adysky returns to Premiership TF2, pictured here at i58. (Picture by ThatGuyTagg)

After an extremely successful run with SVIFT in the last season, Nas boii decided to stick with the SVIFT orginasation even though the roster has undergone a huge change. After playing his debut in Season 33 and impressing with his season with "the Germans" back in Season 35, he's hopped around a little bit from team to team. But now that he's dedicated to the organisation SVIFT, he might be able to build up a nice stable core of players that can improve together over some seasons. Of course, after an extremely dominant main season and a respectable second place, it's yet to be seen if SVIFT can pull it off again.

seeds has established himself as long-time Premiership medic over the last 7 seasons. He got his big break when subbing in for Se7en during Season 29 and playing sporadically for them during Season 30. After playing with the legendary roster, he began to earn more consistent play-time with other Premiership teams and build a name for himself in Europe. After being cut from Ascent.EU roster during the off-season, seeds will have a hunger burning deep within his gut to triumph over them.

Next, the team decided to swap out their two American scouts for some more tea-and-schnaps inclined players: gazy and counou. counou has been a long-time player who’s been scraping the top of Premiership level TF2. Ever since making the jump from Division 1 to Premiership, he immediately began impressing with his raw mechanical ability and sniping. He built up a reputation as the player that hit ridiculous snipes, but after his recent season with nerdRage, no one can argue he’s a well-rounded scout player: picking up both Off-Classer and Pocket Scout of the Season awards. After winning the golden crown of Season 36 Premiership, counou has to defend his title as best Pocket Scout in Europe.

gazy and ever_x both make the move over to SVIFT too. Although not being a German, ever_x has a history of playing with ‘the Germans’ alongside gazy; the team that refused to quit, staying alive and kicking no matter the odds. After beginning in Season 29, the team’s heart finally rests, a moment of silence please… gazy and ever_x are starting to build a reputation as Premiership veterans, with gazy building up solid experience across multiple roles. However, this could be the season where they manage to collect a championship title.

Last but not least of the new additions to the SVIFT family, there’s adysky. Considering SVIFT is built around relatively new Premiership players, adysky is definitely the grandpa. adysky has been a name in competitive TF2 since many of us can remember. He won Roamer of the Season two seasons in a row, and has accumulated 4 ETF2L Awards while playing Highlander. adysky has a lot of experience to bring to the table for SVIFT and as one of the most recognised players in ETF2L history, adysky’s return to Premiership has a lot of people waiting anxiously to see what he can pull off.

We also reached out to counou, Nas boii, and seeds, to get two very different perspectives on the team’s history and future.

TEAMFORTRESS.TV: So counou, after winning S36 with nerdRage and upsetting SVIFT in the Grand Finals, what led to you ending up on SVIFT? nerdRage seemed as strong as ever in the Lockdown Throwdown cups.

counou: nR was never going to continue into this season, 2 seasons and 2 cups on the bounce led some to want a break from the game at least for a short while, who knows, we may be back in the new year. As for ending up on SVIFT, well Nas was a very persistent guy in asking me to play. While it’s not the most comfortable circumstances for me right now having just moved to uni and having a lot less time on my hands, the introduction of plugins like no med speed and gunboats always apply proved an influential factor because I personally enjoy the game more with those plugins.

TEAMFORTRESS.TV: After winning Scout and Off-classer of the Season last season, what do you think is the next goal for you as a player?

counou: I guess my goal is to prove that I can still perform as one of the best ‘Pocket Scouts’ in Europe despite the plugin. A lot of people I think have the misconception that this change directly nerfs the way I and some others play the class, while it of course means we have to change some aspects of how we play, it in my mind makes scout no less stronger than it already was.

TEAMFORTRESS.TV: Nas, just to quickly take a look back at S36, what was the mentality within the team after losing to nerdRage during such a dominant season for you guys?

Nas boii: We had no expectations at the start seeing as we were a no scrim team, but as the weeks went past and the wins started rolling in we thought we had a chance, but not playing for a month cus our team went straight to finals kinda fucked us, we were not playing while the other teams were grinding but yea for a no scrim team we did well, everyone was fine with the result.

TEAMFORTRESS.TV: Was there any particular reason you guys decided to move back to an all European roster? It seemed like the American scouts was a formula that worked for you guys.

Nas boii: Yea jay and slem were crazy good, but they couldnt scrim cus scrim time would have been like 3pm for them and plus they were already playing in NA. so yea we went with an all eu roster cus we actually wanna scrim this season and play any future lans.

TEAMFORTRESS.TV: What are the goals for SVIFT this season? After such a ridiculously dominant main-season last time, it might be hard to match again this time.

seeds: Our goals as a team this season are to work together and play well with a positive mindset and try see what we're capable of as well as to maintain a good atmosphere

Nas boii: the goal is to win.

TEAMFORTRESS.TV: Who do you think will put up the biggest fight in Premiership against you?

seeds: We think Ascent.EU will put up the biggest fight but apart from me and nas we're a completely different roster and so we don't expect to get the same results as last season because there are strong teams. Faint Gaming are also very strong and the other teams are capable of improving greatly over the course of the season.

SVIFT return to Premiership after a quick change with a fresh roster.

gazy is actually so fit

why does it say gazy on scout when he's playing pyro this season?