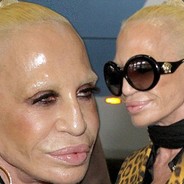 The coming of a new season has brought with it a slew of fresh blood into Premier in the shape of Project S.

The team, captained by the illustrious fez is in their first iteration, having only played the ISOLATION DEVASTATION cup together just before the season. However, many of their players have played together before in various teams over the seasons. kl, crybaby and fez have played together on the 4th place team Saharan Spies™ in High last season, while adolo and seraph played together on the 2nd place High team white noise. The squad's only Premier experience comes in the form of adolo, from his time in season 25's 6th place ad hominem attack, and phantasm, albeit not for many seasons.

Scouts adolo and seraph will be playing on the combo and flank respectively. adolo is making the swap from Demoman in the last season back onto his original main of Scout. This season marks his third time playing Premier. On the other hand, Seraph has abandoned his previous main of soldier and will now pick up the scattergun for his first season of Premier. Seraph was able to talk about their current mindset with the team:

The Pocket and Roamer roles are filled by long time power couple kl and fez, who have both floated around Intermediate and High for the past couple of seasons and have finally made their way up to Premier in Project S. Having both played on teams together previously, most recently Saharan Spies ™ these players make a formidable soldier duo. Captain fez has relinquished his Combo Scout role of last season onto Roamer, while kl remains on Pocket.

Rounding out the roster, Premier veteran phantasm is continuing his return to competitive last season on Demoman, and has reclaimed a slot in the top division playing Demoman for Project S. Finally, crybaby makes the swap from his time on Demoman last season on Saharan Spies™ to the Medic for this season to keep with his previous combo buddy kl.

Project S told us they hope to place 6th this season, with their biggest competitor for the title being I MAY BE STUPID. The teams have met many times in scrims, and adolo commented:

Scrims so far have been fairly close and I think our match against each other in round 6 could go either way. Should be a fun game!

To which Seraph added:

Despite struggling in the first half of the season, the 6th place goal is still attainable, with matches against Airpods, I MAY BE STUPID and mge zombies still to be played.

The team is confident that they have created the strongest possible roster out of their players, and have put each player on the best role they could. Captain fez shared their secret to success:

Sure to be lethal over a long enough timeframe, Project S are:

Team named after best demoman to ever play in etf2l

i'd like to thank ory and quid for the downfrags