Virtus.bro is a mesh of ambitious Division 1 players eager to make their dent into the top-level, and ex-Premiership players looking to make a triumphant return among the elite. A slightly modified version of this team managed to clinch 3rd place in the last Division 1 season, and combining this previous experience together with some new additions seems like it could give them the edge that they need. 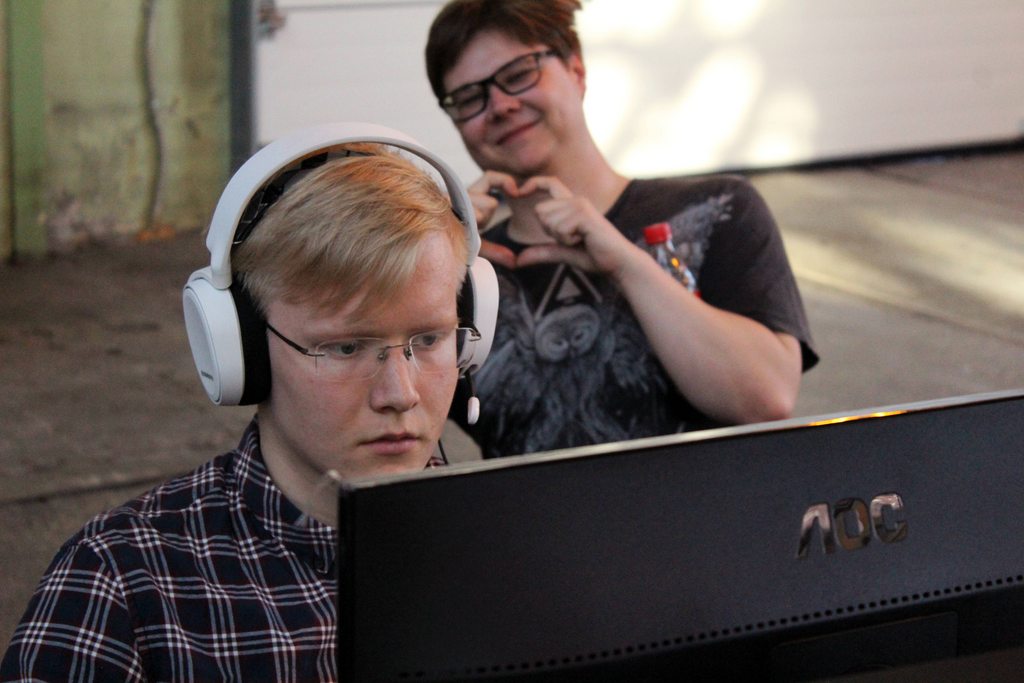 tobs (left) will be driving a new bus this season. (photo by Ness "uberchain" Delacroix)

The brotherhood-oriented knock-off of Virtus.pro boasts mystt, Lanzer and Kars as the Premiership rookies, but keen viewers will remember all of them from different Division 1 playoff games over the last few seasons. The veterans of the group are dqz, tobs, and Kounaa. dqz is departing from his healing duties towards the hurting and was already a part of the Goonsquad that played in the top-flight in Season 33. tobs has been a mainstay of The Bus Crew ever since the latter's inception and his large amount of Prem experience will hopefully help him drive his team forward. Finally, Kounaa is back from a very long hiatus. Known for being “that French demo that pipes everything” before Elacour was even born, he’ll surely be happy to see how he compares to the new blood.

Team captain dqz shared with us how this team came to be, as well as a subtle product placement.

By the end of the last season our team had already decided to go for prem qualifiers. Unfortunately, our soldiers - slesh and koling - have decided to step down due to life commitments (that's what they say, but they actually left because soldier class gameplay made them depressed). We needed to find 2 new players and I switched from medic to soldier, since there were more medic players available to trial. We ended up getting tobs on soldier and Kars on medic, who were open to adapt to our playstyle and already had experience playing with some of us before. I'd say that we're in a better state than we were during the most of the last season, but we still need to work on bringing order into our chaotic "w bot" playstyle (even though we secretly enjoy it). Also here's a quote from our player tobs: "colgate".

P.S. Our team was really looking forward to playing a season with No-med-speed-buff plugin to see how teams adjust their holds and pushes, but alas. At least introducing community-made fixes is a step in a right direction.

Virtus.bro bears the names of: