It has been a little over a month since Localhost Fullerton took place. After years without LAN in North America, it had big expectations, and chose to take them head on with a new ruleset and an exciting venue.

The LAN itself was a resounding success, amassing a total of $7,500 USD for its prize pool, with around $4,000 USD coming from community donations and sponsors. This money was distributed amongst the top 8 teams at the LAN’s main event: here’s the final breakdown.

The top three teams in the most recent RGL season had a guaranteed spot in the playoffs and did not have to play the Swiss Stage. These teams were: froyotech, Witness Gaming, and Like A G6. The rest of the teams had to play in the Swiss Stage, in which all matches were best-of-one, and the top 5 teams advanced to the playoffs. HNJ made it through with a flawless 4-0 record, closely followed by Ford Gaming and Penguins in 3D’s 3-1 records. There was a three-way tie between Lexus December, Portland Burnsiders, and Alan Gaming, which was decided by rounds won, leaving the Portland Burnsiders to be eliminated from the tournament. With all that said and done, the playoff teams had been decided. 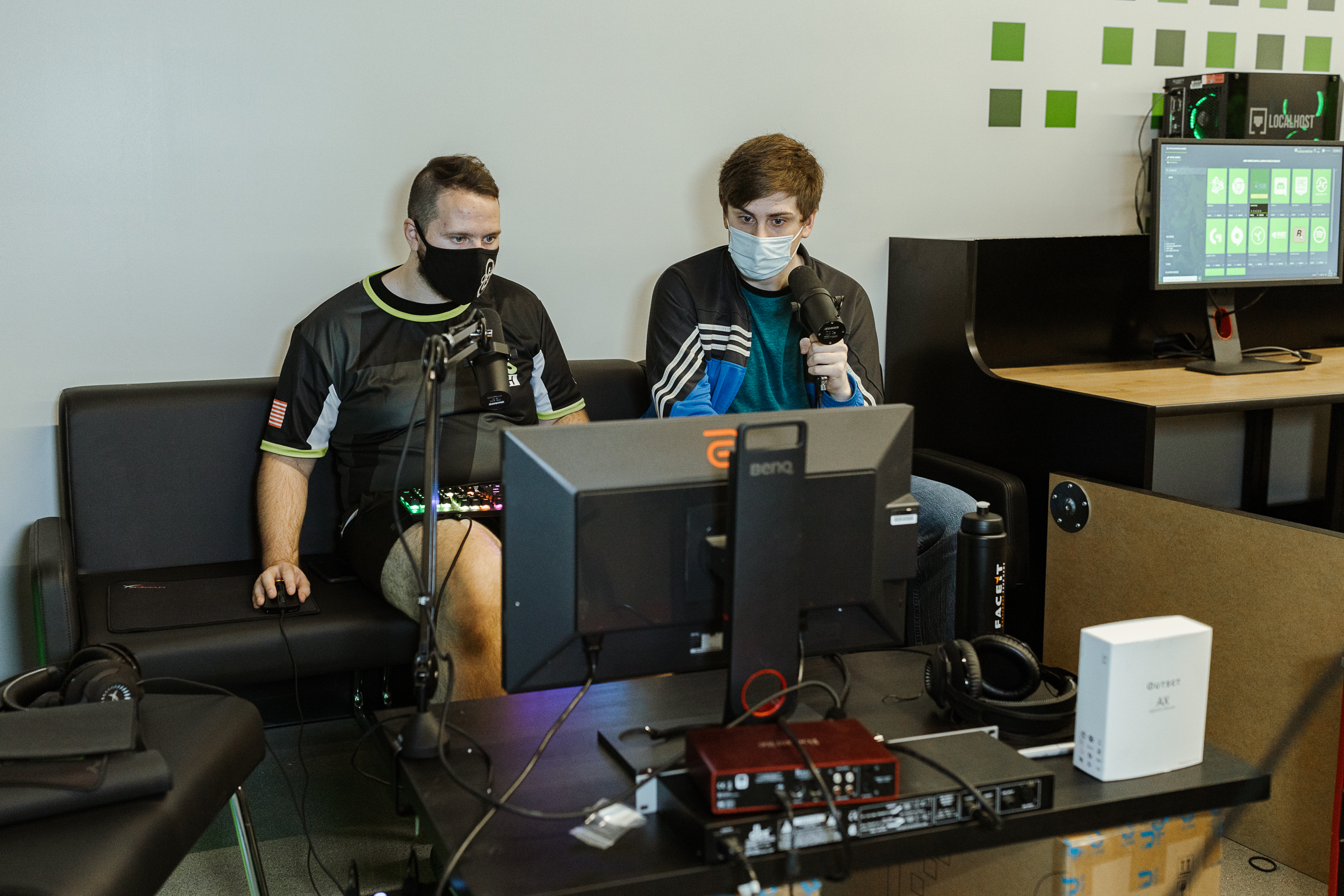 b4nny and mirrorman casting the action from the venue. (photo by beccarawrski)

The first round of matches began with a particularly close match between HNJ and Ford Gaming, the top 2 teams from the Swiss Stage. The stage was set on Snakewater: HNJ closed it out 2-1, sending Ford Gaming down to the lower bracket. In the second round of upper bracket matches, a highly anticipated match unfolded: Witness Gaming faced Like A G6 on Bagel. Like A G6 took it 4-2, in what could be considered an upset by some. froyotech also took on HNJ in the second round, beating them in a convincing 5-0 fashion. So far, all the matches played have been best-of-one.

With so many notable teams down in the lower bracket, Ford Gaming set out to begin their lower bracket run by beating Lexus December. However, they had their work cut out for themselves, their next opponent being Witness Gaming. wG took Product 4-1; but Ford Gaming was not going to give up so easily. The following match was on Metalworks, in which Ford Gaming fought tooth and nail to stay in the tournament. The first round was extremely back and forth, taking a whopping 12 minutes and 17 seconds to end; 1-0 Witness Gaming. Ford Gaming retaliated quickly and was able to take three rounds before the 30-minute timer ran out, making the score 3-1 Ford Gaming. With the new ruleset in place for this LAN, the winlimit was now set to 4. The first team to obtain 4 rounds would thus win the match, and there was no time limit. Witness Gaming proceeded to make one of the arguably best comebacks of the LAN, winning the match with a score of 4-3.

Witness Gaming thus moved on to face HNJ, who had just come off a win against Penguins in 3D. Witness Gaming would end HNJ’s LAN run with two dominant victories on Snakewater and Metalworks, with the scores being 5-0 and 4-1 respectively. This victory would set up wG for a rematch against Like A G6, who had just been sent to the lower bracket following their loss to the reigning domestic champions, froyotech. 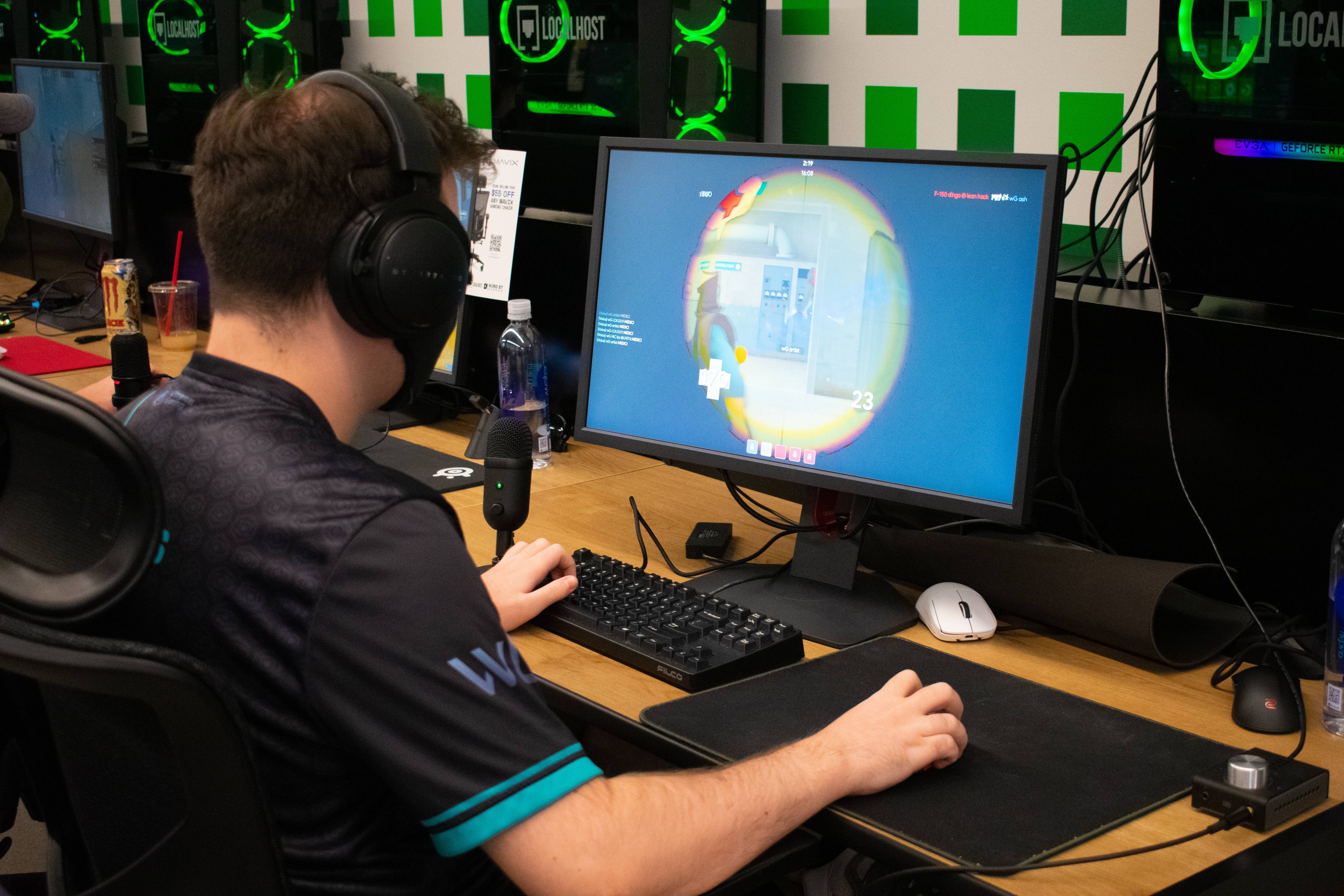 alfa sniping versus Ford Gaming at LAN. (photo by Hidi)

Some may have considered Like A G6’s first win against Witness Gaming a fluke. After all, Witness Gaming had been the second-place team for a little while now, and they had even dethroned froyotech and won first place just a few seasons ago. But Like A G6 was determined to prove everyone wrong, and show that they could compete consistently at the top of the NA scene. And certainly, they showed the first match was no fluke. The two teams first clashed on Process. The match was close for a while, with Like A G6 leading by one round at most. Then, at 3-2, G6 made a break for it, and got the score to 4-2 before the overtime mechanic kicked in. They then managed to finish it off cleanly with a 5-2 score; they were one map away from eliminating wG. Granary was the second map. It started off similarly, with a score of 3-2 in favor of G6 after 20 minutes. However, just like in the first match, something triggered in them after 3 rounds won, and G6 was able to close the second map with a score of 5-2 as well. Once they hit 3 rounds won, they are seemingly unstoppable.

Thus, the stage was set. At 7:00PM, California time, Like A G6 would get a rematch against froyotech in the Grand Final, a best-of-five series. However, since froyotech came from the upper bracket, they had a one-map advantage going into it. While G6 had been looking very strong throughout the tournament, froyotech seemed virtually unstoppable, having dropped a total of zero rounds in the tournament so far. Not only were they undefeated, but they had also not lost a single round of TF2 during the whole weekend. G6 was faced with what seemed an impossible task: take three whole maps off what is arguably the greatest team in the world. While they gave it their best, they came short, and froyotech remained completely undefeated in the tournament, not losing a single round to G6 over three maps. Once again, the reigning champions prove why they are consistently the #1 team in North America.

Congratulations to froyotech, who took home a total of $3,375 USD for their first-place finish.