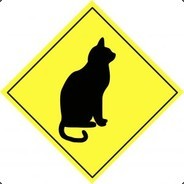 With an upset in what could have been the final match of the season, DCMC has reset the bracket, leaving themselves (and Profits) merely one game away from claiming the crown for this season of RGL HL Challenger. As a first, I will not post power rankings, I will simply post a moral integrity inequality.

My logic here is simple, Profits has committed a cardinal sin and cut a rostered main for a new, better player for not just playoffs but for Grand Finals. While it is certain that NicKk is better than TeatsMcGee, it is hard in my opinion to justify benching someone at the very end of the season, for the most important match of the season. To put it bluntly, it is just not a very nice thing to do and I am sad that it had to happen to a player who is not only not toxic but has played well most of the season.

Profits, to put it lightly, underperformed in this match. Despite starting off the match with what can only be called a one-sided game of Product, they went on to play poorly on Swiftwater and then just barely fail to pull through on Ashville, ending the match with a reverse sweep. To get a better idea of what went wrong, I do not think it is very fruitful to look at Product in detail, as it is a map that Profits won easily and will almost certainly win again easily.

On map 1, all the carries who need to come out for Profits did, with Shido and TheS4rr going nuclear, supported by very good performances from sobigallmytoesarebigtoes and T.K.. While the rest of their team also played well, the outstanding performances by these 4 players wrecked the combo of DCMC and gave Profits a decisive 3-1 win on the first map of the match. Shoutout to Shido for getting 9 Sniper picks and 6 Medic picks on a map where both can be hard to get as well as more headshots than cinder.

I strongly overestimated the ability of Profits to play Stopwatch. The result of this map indicates just how much of a fluke it was for them to be able to beat out DCMC by the skin of their teeth the last time they played this map against them. If you had to name a single biggest contributor to what lost Profits the map, the most concise answer would be flank diff. Bliztank and Reese did very well both halves for their team while sobigallmytoesarebigtoes and Voyager struggled to do much of anything. This combined with a relatively poor showing by TeatsMcGee and (for him) Shido left Profits without the space or the picks that they are usually able to take on a map where poor play can cost you minutes on end. Big shoutout to spy jak for DCMC for helping to not only contain the combo of Profits but also the TheS4rr<3 himself and to Micahlele for intelligent and handsome Engineer gameplay.

A map so winnable for Profits if not for their inability to deal with the opposing flank and for Demoman TeatsMcGee to do anything. If you had to pick a singular reason why TeatsMcGee got cut for the Grand Finals run-back, this is almost certainly the biggest one, with him getting less DPM than not only DZCreeper but the entire enemy flank and his own Heavy. Despite Voyager getting 12 Medic picks and Shido getting 14 Sniper picks, neither was enough to drag their team over a seemingly insurmountable flank and Demoman difference. When flank is allowed to run rampant on this map, it’s a result of poor play by the other team. If Profits wants to win on the Ashville re-run this week, they simply have to play better. Shoutout to Reese for demonstrating why he’s the best Scout in the division with a K/D of 49-16.

Okay now that the brackets cannot get reset I actually get to retire from making articles soon. My final article will be the write-up of this match along with some new, crazy (and quite click-worthy) features to put a capstone on this premier season of RGL Challenger HL. But now, on to the match Prediction.

Okay predicting 2-0 twice in a row and being wrong would be a bad look, I will not lie. But this is due to the specific map order where the two KOTH maps are first. Product will almost certainly go the way of Profits and Ashville, now with tuba god on Engineer and NicKk on Demoman, will probably be a lot stronger of a map for Profits than it was last week. That being said, expect it to be close.

Profits is very good at this map, that much is (at this point) not up for debate. They simply keep winning it and their wins are not exactly what you would call “close” when paired up against their fellow Challenger teams. I predict them to drop a round out of respect for the flank of DCMC and the ability of DZCreeper in particular to go nuclear on this map. That being said, Profits has been doing very well in their scrims this weekend on this map even against teams looking to play in Invite and I expect them to win this pretty handily.

I think that this will be a close map, and the only close map of the set. This map will decide who wins. With the first map in the set being the strongest map for Profits and the last being the strongest map for DCMC both teams have to do their absolute best to win this. That being said, the swap of TeatsMcGee for NicKk is the most important for this very map. While they were let down by their Demoman last week, NicKk more than has the ability to perform beyond the level of DZCreeper here and secure the W for his team. That being said, that was only half of the problem. Expect rounds to be shed by Profits as they continue to fail to adequately manage Reese although expect soldier SmAk to be able to put much more of a break on them than Voyager was able to do last week. With an upgrade on the two weakest areas of the team, it seems all-too-likely that Profits will be able to swing the results of last week around and be the ones to claw their way over the finish line.

If this goes to map 3, it will be an open-and-shut match for DCMC. Profits is not good at this map, DCMC is the best in the division at it. I doubt that it will be a 4-minute offense roll but it will almost certainly be a decisive win for DCMC if it gets this far. More than anything else, the fact that Upward is the third map is the reason that DCMC should not allow themselves to get tilted by losing Product, they already have a map that they can almost-surely win as long as they just manage to secure the win on Ashville.

Given that I have already done this exact Class Comparison I will abbreviate them a little bit here, noting what I think are the single most important things to look at and not delving as much into immaterial advantages.

In an effort to drive clicks to [previous articles]((https://www.teamfortress.tv/58929/rgl-hl-s8-playoffs-week-2-challenger-power-ranking), I will not be covering Class Comparisons I have already done, I will simply put who I think is favored and by how much.

Note: Increased due to the fact that the best Scout map in Highlander is also the most important map in this set.

SmAk is an Invite Soldier, Bliztank is an Invite Soldier in-progress. I cannot imagine SmAk doing much worse than Bliztank on either of the KOTH maps, Bliztank will probably do better on Upward if it gets to that point. It will be important that Moist Master and T.K. step up their Ashville game this time around and deny Bliztank better from getting the Medic. If Pyrrhus and Luigi do not do the same, expect a run-back of the 12 Medic picks we saw last week by SmAk who is, for all intents and purposes, better than Voyager.

Despite the scummy nature of his arrival, NicKk has arrived nonetheless. NicKk is simply the better player here, and I expect him to do more for his team than DZCreeper as long as the flank of DCMC is kept in check. That being said, expect the difference here to be minimal, but important, on Ashville, and expect NicKk to not drop the ball as hard as TeatsMcGee.

There has been one change from last weeks’ article. At this point, you guys know who it is and you know who everyone else is, c’mon.

We could of already won, but s4rr had to pick our worst maps (again)
And I get all the blame for the lose.

We could of already won, but s4rr had to pick our worst maps (again)
And I get all the blame for the lose.
posted about a year ago
quote • multi-quote • link
2
#2
Mak
0 Frags – +

Yo. This shit is Dope.