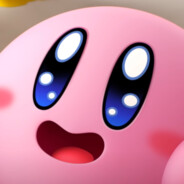 After being taken off the air for a season, MyAnimeList After Dark will be coming back to an Invite program near you for RGL Season 5. Long-time viewers may recognize some of the cast, as the majority of them spent Season 4 under the Morning Light flag. Those returnees include sigh, kev, alfa, and aZn. The former three members were also part of the MyAnimeList lineup during Season 3 of Invite, where they finished 3rd. Prior to that, alfa and kev played together on Rat Jail. Needless to say, these players have plenty of history with each other and have banded together again for another go.

Fresh off his vacation with Corsia, fan favorite roaming Soldier tripbwai returns for another stint with the MyAnimeList crew. Finally, glimmer joins the squad on Demoman. After a couple of seasons offclassing Soldier in the Advanced and Div-1 range, he picks up the grenade launcher once again in preparation for his RGL Invite debut.

At the presser, tripbwai shared this statement with the media:

So basically we want to get glimmer TriHard 7 playoffs. We shall at best get 6th but even though this reality is cruel, Kev says to imploy his secret Ninjutsu to let us ease the pain and push onwards TehePelo. The brothers are ready to deliver and receive theBeating. Know this we are NOT gonna say IT especially not glimmer he's on parole. Fellow otakus, weebs, brothers, and based TF2 players please join the MALcord to Ascend Prayge. Now if you'll excuse us its time to watch some Hent— I mean offbrand anime.

The new cast of characters for this season's MyAnimeList After Dark will be:

Me right now after everything has been settled. https://youtu.be/__BBylQ6srM?t=86

Once again free to roam this wonderful Earth.

Much love to my fans and the MALCORD let's get that 6th place bois! Prayge

Me right now after everything has been settled. https://youtu.be/__BBylQ6srM?t=86

Once again free to roam this wonderful Earth. [youtube]https://www.youtube.com/watch?v=HkpS2Sdu2io[/youtube]

Much love to my fans and the MALCORD let's get that 6th place bois! Prayge